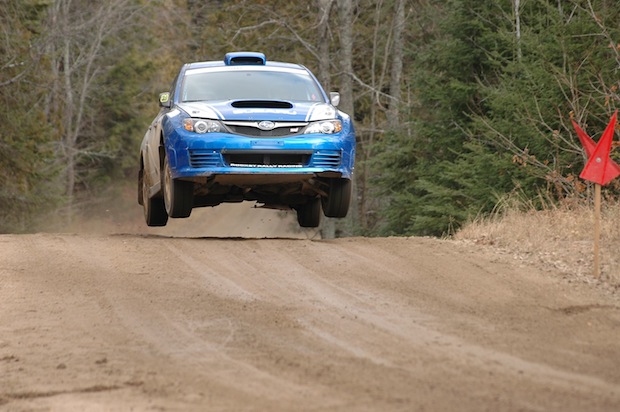 Imagine taking your car out onto some rural roads around Bancroft, Ont., and blasting through the forest at 70 km/hr. This is not just...

Imagine taking your car out onto some rural roads around Bancroft, Ont., and blasting through the forest at 70 km/hr. This is not just a dream, but something any person with a car can do through the CAN-JAM Motorsport Rallycross Championships. CAN-JAM is an outfitter of rally cars and a Subaru tuner. Subarus are popular as rally cars, so organizing an event like this translates to business.

Frank Greene of CAN-JAM says “We chose Bancroft as a venue because it is such a rally-friendly town. They have had Rally of the Tall Pines there for years, and they basically shut down the entire town for that. …This just made sense.”

Bancroft has had its own stop on Canadian Association of Rallysport for over a decade. With nearly 4000 residents in the area, the community is  willing to bend for the races.

Dave Miller is a local who loves taking his 2013 Ford Fusion out for laps on the circuit.

“One day I would like to step up to real rallying, and do Tall Pines.”,” He says.

The differences between Rally and Rallycross in Bancroft are the speeds and the requirements. Rallycross is done in road-legal cars at lower speeds, never more than 70 km/h. Rally is done in modified, production cars that have full roll-cages, more powerful engines, and have a driver who is assisted by a navigator.

Greene says anyone can get straight into rally, “most people spend a few seasons in rally-cross before they make the jump and that is with a basic car. It is a few seasons in a cheap car before they get enough sponsors and cash to afford a really built car and to travel to all the races.”

Miller says, “ We designed this series so the whole thing would cost less than $400.” This makes it motorsport at the most accessible level.