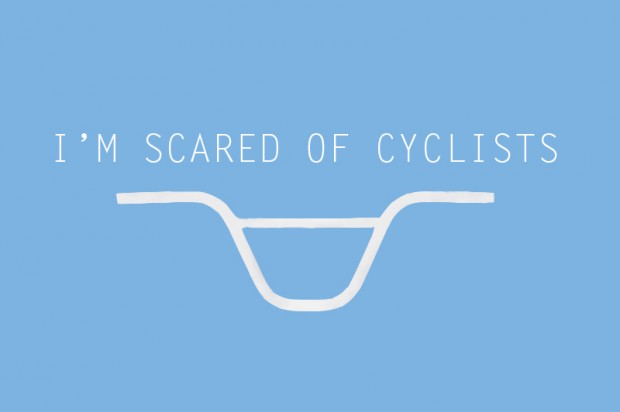 bikes5
Driving down Lakeshore Boulevard on a Tuesday morning, I find myself shouting (from behind closed windows, of course) at cyclists who bike beside my...

Driving downLakeshore Boulevard on a Tuesday morning, I find myself shouting (from behind closed windows, of course) at cyclists who bike beside my car. It’s usually because I’m scared of killing them.

As someone from the suburbs, where the majority of people ride their bikes on the sidewalk, I don’t understand how cyclists become so accustomed to the danger they’re putting themselves in, especially if they’re doing it for recreational purposes.

Jason Liu, a student from Etobicoke who considers himself a recreational cyclist, says he only bikes for fun, not to get around.

“I bike for exercise maybe three times a week. I mainly use trails along the lake because it’s a nicer environment than riding on roads. They’re scary sometimes, but I like using roads because I don’t have to drive anywhere with my bike. With roads you can literally start riding anywhere,” he says in e-mail.

Liu makes it clear that it is up to riders, to a certain extent, to be responsible for their safety.

“I wear a helmet and reflectors no matter when I’m going out to ride. Yes, car drivers are usually to blame for accidents, but riders need to do whatever they can,” he says.

“It’s really important to be confident and aware while you’re biking, because drivers don’t really care. As a cyclist, you can’t just be expecting to get hit every time a car drives by you”.

Recreational cyclists have more of a choice when it comes to where to ride. Commuters can’t take a scenic trail along Lake Ontario to get to their jobs or classes everyday.

Junaid Akhtar, a former Mississauga resident who lives downtown while attending Ryerson, says he bikes to get to his classes four days a week and uses it as a replacement for public transit during the warmer months.

“I only started biking once I moved to Toronto. Everything is closer together here. It doesn’t make sense to bike in Mississauga, everything’s way too far apart,” he says over the phone.

As someone who doesn’t use a helmet while riding, Akhtar says he feels safer riding in Toronto than he would in the suburbs.

“I don’t know if its just Mississauga, but I think drivers in the suburbs aren’t as aware as ones in Toronto. I know people who thought bike lanes in residential areas were for people to park their cars. I feel safer in Toronto because I know drivers are used to seeing us bikers. There’s more courtesy.”

As I tell Akhtar my fears about killing cyclists, he says I’m not alone.

“I think that’s why a lot of drivers get mad,” he says as he laughs at me.

“They get mad because we scare them.”

Liu says he thinks both riders and drivers need to get more comfortable, while Akhtar believes that as more people start cycling, suburban and city drivers alike will learn to drive with them.

The only way I think I can get over my fear is by driving with cyclists more often.  Much of what both Liu and Akhtar have said about drivers rings true with my own experience in the suburbs and even on the road. I may even start riding my own bike on bike lanes instead of the sidewalk.