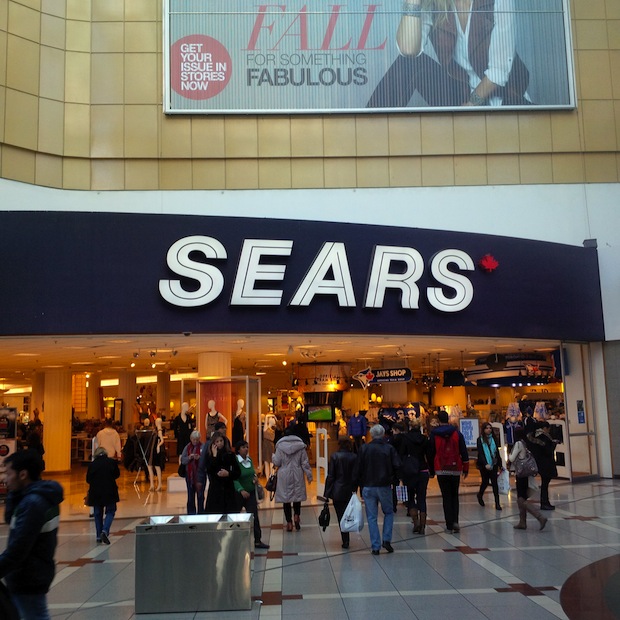 As one chain is set to close its flagship location in downtown Toronto another is waiting to grab the space.

As one chain is set to close its flagship location in downtown Toronto another is waiting to grab the space.

Sears Canada announced plans on Tuesday to close five of its stores across Canada including the Eaton Centre location in Toronto. This plan to vacate by February means that the largest mall in downtown Toronto will have a very large opening. A few companies are rumoured to be vying for the space, notably, American, luxury department store,  Nordstrom Inc.

In a Skedline.com phone interview on Tuesday, Nordstrom’s spokesman Colin Johnson said “We try to be pretty consistent about being downtown. Being downtown would be a better opportunity to serve customers in Toronto.”

The chain of luxury retailers already has five stores planned for Canada including two in Toronto. While a Calgary location is scheduled to open as early as Fall of 2014, the two Toronto stores will not be opening until Fall of 2016.  With a new vacancy at the Eaton Centre, they would be able to potentially open up shop in Toronto at a much earlier date. The stores that are already planned will be at Yorkdale and Sherway Gardens.

Speaking to a few shoppers at Eaton Centre on Tuesday, Sears’ reason for leaving becomes rather evident.

Aaron Ash has not shopped at Sears since he was 10. He says he doesn’t bother with them because “nothing really appeals to me.”

Keith Lucas is a veteran who was selling poppies outside of the soon-to-be-vacant store. He hasn’t shopped at Sears “for forty years.”

Tammie Hill was in the mall just visiting Toronto from Belleville on Tuesday. She does shop at the Sears in her hometown and this location closing didn’t matter to her.

Sears already announced earlier this year plans to close the location at Yorkdale mall and this new plan also closes the flagship location in Toronto, along with one at Sherway Gardens, the Markville Centre location in Markham, plus locations at London-Masonville in London, Ont., and Richmond Centre in Richmond, B.C.

Sears will maintain its Canadian headquarters at the Eaton Centre, a space it acquired when it bought the bankrupt Eaton’s department store chain at the turn of the 21st century.

HBC has a flagship location of The Bay just south of the mall and is completing a takeover of American retailer Saks Fifth Avenue. The departure of Sears leaves HBC with the chance to bookend the mall with it’s department stores.