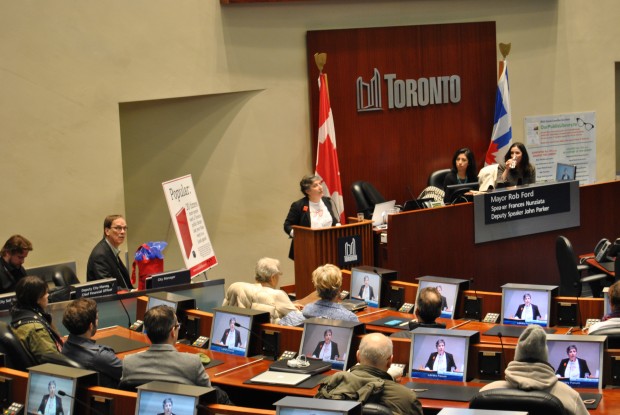 As the budget council makes its' final decisions in the coming week, librarians are rallying for councilors votes. The city's last budget vote showed...

The event, held on Grey Cup Sunday, featured an insta-librarian photo booth with print-out bookmarks with the purpose of adding a face to support petitions signed online to support reinvestment in Toronto’s libraries.

The film Our Public Library which premiered at the event can be viewed here.