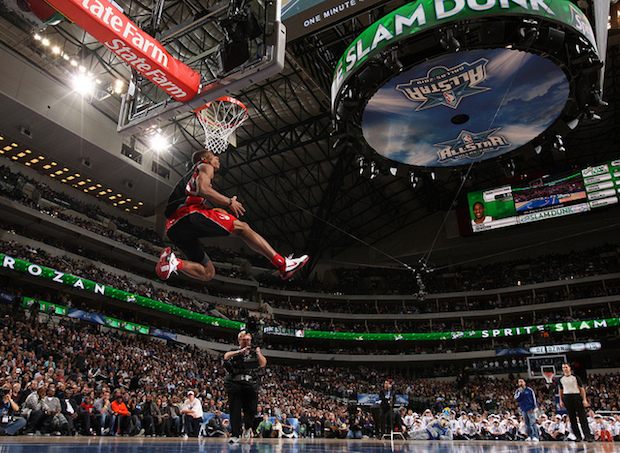 Toronto Raptors guard DeMar DeRozan has been picked to play as a reserve for the Eastern conference at the NBA All-Star Game in New...

Toronto Raptors guard DeMar DeRozan has been picked to play as a reserve for the Eastern conference at the NBA All-Star Game in New Orleans Feb. 16.

DeRozan joins an elite  group that includes Raptors legends like Vince Carter, Antonio Davis and most recently Chris Bosh who represented Toronto at the  2010 All-Star game.

“He deserved it this year, this is his team and he is putting up the numbers, he deserves to be playing in New Orleans,” Raptors season ticket holder says Jouse Casco says about DeRozan.

The Raptors are currently first in the Atlantic division and third in the eastern conference with a record of 26-22. Much of the recent success for the Raptors is because of DeRozan. This season, DeRozan is putting up career numbers as he averages 22 points per game, which ranks him eleventh amongst NBA players in scoring.

Since the Raptors traded former star Rudy Gay to Sacramento in December, DeRozan has become one of the team’s leaders.

“Since the Rudy Gay trade, DeMar has excelled. He deserves his spot at the game but he now has to become that elite player in the league that take control of the game and win key moments for the Raptors,” says Joseph Casciaro, a Raptors blogger for the Score online.

The Raptors made a comeback  Saturday night in their game against the Portland Trailblazers. After  being down by almost 20 points, the Raptors turned it around with DeRozan’s help and cut the deficit down to one point. With a few seconds left, DeRozan had his chance to show he is an elite player by taking the last shot.

DeRozan took the inbound and began to dribble towards the net but the ball bounced off his foot, losing the shot and the game for Toronto. Final score was 106-103.

“I get he’s young but he can’t do that, we’re not Miami. We need every win we can get and I know DeRozan is capable of making that shot,” says Mathew Burgess, a disgruntled Raptors fan after the close lost to Portland.