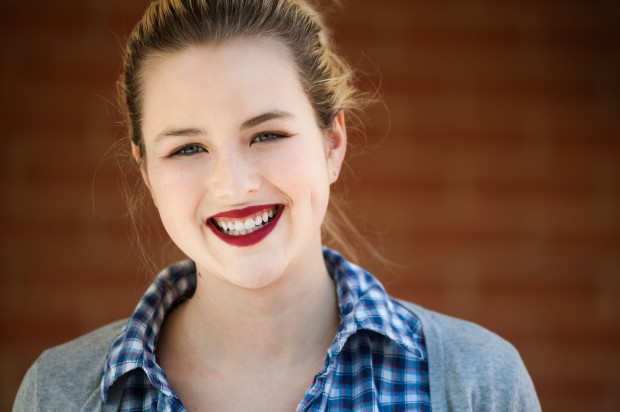 Morgan Baskin's campaign to be Toronto's mayor is an irresistible endeavour. "I couldn't answer the question 'why not?' anymore," Baskin says.

Morgan Baskin’s campaign to be Toronto’s mayor is an irresistible endeavour.

“I couldn’t answer the question ‘why not?’ anymore,” Baskin says.

Baskin is 18 years old and the youngest candidate so far in the mayoralty campaign. The Corktown resident is currently working on a ‘victory lap’ at Inglenook Community High School.

When looking at the state of city politics in recent years, Baskin’s family and friends joked she should run for mayor. As time went on, the joke became more serious and Baskin was faced with the “why not?” question she could not find an answer for.

The odds may be stacked against an 18-year-old candidate, but Baskin’s motivations are pure, she’s not running just for kicks. She wants to make changes:

“I felt like what I wanted said wasn’t being said by anyone else,” Baskin says. “I didn’t hear anyone else saying ‘let’s solve our bigger problems,’ I heard people talking about Band-Aids.”

She lists a relief subway line for Toronto’s downtown and more bike lanes as transit priorities. Although LRT is her preference, Baskin leans toward moving forward with a subway line for Scarborough rather than more debate.

As for conflict on council, Baskin says some “group therapy” is in order.

“I don’t mean calling in a therapist, I mean sitting around the tables and having lunch. Not just engaging with people in council meetings, but also having personal discussions when you discuss your family and where you live and talk about how great your neighbourhood is.”

Baskin says building stronger connections will create a sense of camaraderie and respect on council, which will result in more being accomplished: “When people connect on a personal level, they connect much better on a professional level.”

Humber College political science professor, Chris Irwin, admits he’s never heard of a candidate like Baskin, but credits Toronto’s electoral system for giving her the opportunity, saying “it’s an open process, not a process set up by political parties.”

Baskin knows her role if elected, “the mayor is one vote, if you don’t have a plan on how to get city council to vote for you, it doesn’t matter how great your plan is.”