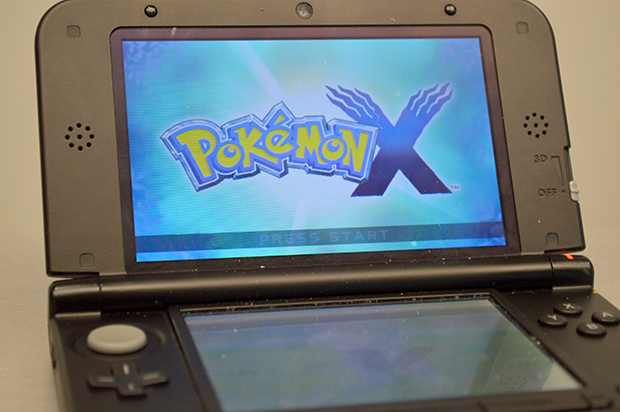 "To be the best, like no one ever was" is the mantra of any aspiring Pokemon master. To most, this is part of a...

“To be the best, like no one ever was” is the mantra of any aspiring Pokemon master. To most, this is part of a child’s fantasy. But to some young adults who grew up playing Pokemon, it’s a reality.

Competitive Pokemon players have the handheld video games down to a science. The pocket monsters are perfectly bred, trained, and matched up into teams on an entirely different level than the usual player will use.

For those unfamiliar, Pokemon (short for ‘pocket monsters’) is a franchise that involves adorable creatures with superpowers being forced to duke it out in cockfight-esque battles in the name of friendship. The original video games were quickly adapted into both a cartoon TV show and a trading card game and it’s now one of the largest entertainment franchises in the world.

Though the video games were originally developed for and sold to children, young adults are still playing the games on a whole new level. For example, A&C Games, a vintage video game store, hosts monthly Pokemon tournaments. The fifth tournament using the most recent game instalments, Versions X and Y, will be  March 23.

This isn’t a tournament for children, though they’re certainly welcome. Instead, this is for players with deep knowledge of the games’ inner workings and mechanics.The hidden statistics that run the game are comparable to any fantasy sport, yet the mechanics are simple enough to enjoy passively while watching TV or eating breakfast.

Nick Polmolea works at A&C Games and is organizing the monthly Pokemon tournaments there. He says the number of people attending has been steadily growing.

Polmolea says not everyone at the tournament is is an advanced player. There are new players as well and anyone who wants to learn more is welcome.

Micheal Busse has been playing Pokemon since the release of the first games in 1998 but started playing competitively only two years ago.

“I would usually just kinda play games against my friends and I’d notice that I was doing a lot better than they are. I started looking into finding places with people who thought that they were really good at the game. And I would go and play with them,” says Busse. “And then once I got there I learned about the more in depth way of playing Pokemon. So kinda manipulating the individual values of all the pokemon you’re using.”

The Pokemon creatures that the casual player uses are varied. Each one is unique with a number of characteristics to make them faster, stronger, or bulkier than the otherwise identical Pokemon of the same species. But to the more dedicated player, these characteristics can be carefully manipulated to produce stronger creatures much like a horse breeder tries to bread  the perfect steed

“So you can be plying the game and realigning that this is a fun thing to do. But by the end of the game your pokemon are so strong that like everything inside that game is just too easy for you. And so you go outside the game and start playing against other people. And then you realize that they’re better than you so you need to better yourself,” says Busse, “You start manipulating the data.”

The data that makes up a pokemon is much like you might expect. There are base stats determined by the species that everything else builds off of. Then stats much like DNA passed from parent to child can modify the basic numbers, which is then further changed by a Pokemon’s personality values. Finally the sort of experience a particular Pokemon has had in its lifetime can change the values even more.

In the competitive scene, Pokemon are expected to be near perfect in every way. This is where it gets complicated. Achieving perfect statistics for even one Pokemon involves a long chain of careful breeding. Not to mention the careful selection in the rock-paper-scissors style strategy that takes place when choosing a team.

If all of this sounds overwhelming, don’t worry. There are a number of tutorials all around the web that can take you step by step into breeding a competitive team. But basic knowledge of how to play the games is expected.

Baktash Haidery has been playing Pokemon competitively since 2008. But he says that there has never been a better time to start than now.

“If I was talking to someone trying to get into the competitive scene, I would say now is the best time because it’s the easiest,” says Haidery. Recently features have been added to the game that make the data behind the pokemon far more visible and easier to manipulate to the player.

Haidery says that if someone wants to come out to a tournament they don’t necessarily need to know every detail about the game. Elements of chance in the game mean that a new player can still compete against veterans like himself.

The next tournament at A&C games is on March 23 is will use a “Doubles” format, where two pokemon per team are on the field at once.