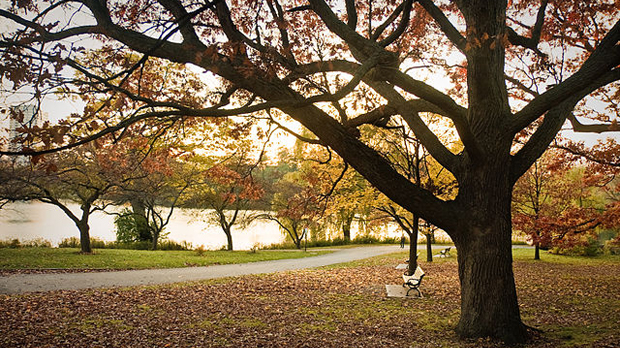 Toronto wants to save more trees by tightening up some of the city bylaws.

Toronto wants to save more trees by tightening up some of the city bylaws.

‘‘Trees are not the enemy,’’ says Coun. Mary-Margaret McMahon (Ward 32 Beaches-East York). ‘‘We have to do something, climate change is upon us.’’

The Parks and Environment committee passed a motion introduced by Coun. Jaye Robinson (Ward 25 Don Valley West) during its meeting Monday. The motion instructs the general manager of parks, forestry and recreation to submit a report to the committee in the first quarter of 2015 that outlines how the city could improve its tree protection bylaws.

Among the things discussed at the meeting was property owners’ right to cut down a tree on their land.

‘‘We have to look at the big picture. We have to look at it if it’s a healthy tree,’’ says Coun. Sarah Doucette (Ward 13 Parkdale-High Park). ‘‘I’ve had residents wanting to remove beautiful oak trees because they want to build an addition. But when I explain to them what the oak tree does and the value it has for their property they’ll redesign.’’

However, not everyone agrees with the motion.

‘‘There are parts of this policy that hurt those who own property,’’ says Coun. Giorgio Mammoliti (Ward 7 York West). ‘‘A senior for instance who has owned a house for 60 years and has loved the tree in front of that house can no longer afford, after our policy was adopted, to pay for some of the things that the tree might pose as a problem.’’

Toronto has around 10.2 million trees, according to a letter by Coun. Robinson. This equals a tree canopy cover of around 28 per cent, according to the letter.

Coun. Robinson also says in her letter this ‘‘fine tuning’’ of the bylaws will help the city to reach its goal of having a tree canopy of over 40 per cent by 2022.