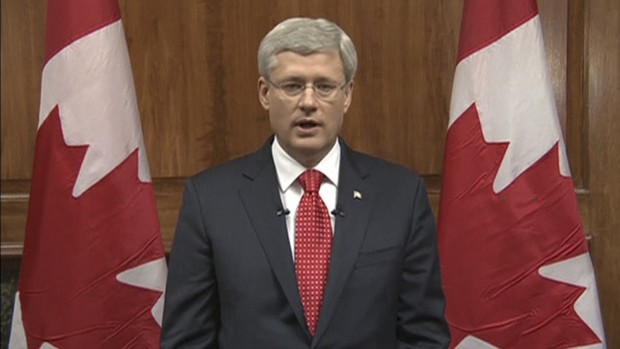 “This prime minister has shown no leadership on climate change and indeed can’t even be bothered to show up,” said Liberal leader Justin Trudeau during question period on Wednesday.

Canada’s environmental affairs minister Leona Aglukkaq, who attended the summit on behalf of the Prime Minister, has committed to matching the country’s automobile emissions rates to those of the United States’ at the UN Summit.

Dr. Daniel Scott, director of the Interdisciplinary Centre on Climate Change at the University of Waterloo is skeptical about Canada’s ability to meet this commitment.

“Most people that have done the analysis don’t think we will be able to achieve a matching of the US,” he said. “If we can get close to it though, that’s a positive thing.”

Canada also made another commitment at the summit, to curb the use of HFC coolants that contribute to greenhouse gases.

Greenpeace Canada said that government is focusing too much on the dirty fossil fuel industry at the expense of the environment with its decision to give oil companies $1.3 billion per year in subsidies.

“While other countries are making headway with renewable energy and climate policies, Canada is going backwards, promoting tar sands – the largest industrial project on earth and the fastest growing source of greenhouse gases in Canada,” Louwe said.

Trisha McKay, a student at McMaster University, who considers herself an environmental activist and was the head of the environment club in her high school, said she believes the Harper government can be doing more for the environment.

“The fact that he didn’t even show up for the summit shows how much he is willing to do for the cause,” said McKay. “He can at least pretend to care.”

Many have suggested that focusing on renewable energy in Canada might be the road to recovery from the rising greenhouse gases in the country.

“Renewable energy one of the key areas that Canada has missed the boat on,” said Dr. Scott. “We can be doing more.”