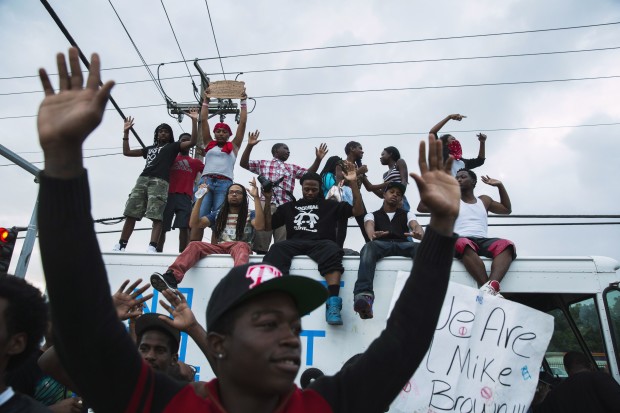 Ferguson police officer to be cleared of civil rights charges

Crime30
Photo and article by Reuters The New York Times has reported that Darren Wilson, a Caucasian police officer who shot Michael Brown, an unarmed...

Photo and article by Reuters

The New York Times has reported that Darren Wilson, a Caucasian police officer who shot Michael Brown, an unarmed black teenager in Ferguson, Missouri, is about to be cleared of any civil rights charges by the United States Justice Department, since an FBI investigation found no evidence to support the charges.

After a St. Louis county grand jury decided not to charge Wilson opponents appealed the decision at a federal level. The FBI is still investigating the Ferguson police force as a whole.

Wilson’s attourney Neil Bruntrager said that they had no official word from the Justice Department and would not comment until they did, but he did say that “We don’t believe he has done anything that would merit any kind of a prosecution or any kind of civil rights claims and we are just awaiting the outcome like everybody else,”

Governor Jay Nixon said that “We need to support policies that foster racial understanding … and compassion and we must recruit, train and certify professional law enforcement that reflects the diversity of the community it serves.”