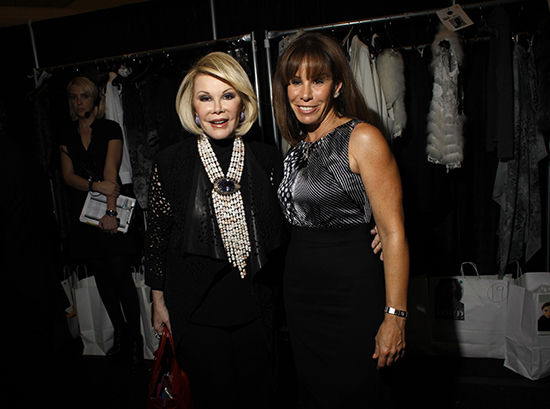 Joan Rivers’ daughter sues clinic over the death of her mother

Joan Rivers’ daughter Melissa filed a malpractice lawsuit on Monday against the New York medical clinic that treated her mother.

Rivers, who was 81, suffered a loss of oxygen to her brain in late August while physicians at the Yorkville Endoscopy Centre in Manhattan were performing procedures to examine her throat and vocal cords. She died a week later.

The lawsuit says that when Joan’s oxygen levels dropped, Lawrence Cohen, her medical doctor, and two other anesthesiologists attempted to pump air into her lungs. By the time the EMS brought her to the hospital, she had already suffered from irreversible brain damage.

In the statement released with the lawsuit, Melissa says doctors at the clinic posed for selfies with sedated Joan even as her vital signs were plunging.

“What ultimately guided me was my unwavering belief that no family should ever have to go through what my mother, [my son] Cooper and I have been through,” she says. “The level of medical mismanagement, incompetency, disrespect and outrageous behavior is shocking and frankly, almost incomprehensible.”

A representative for Yorkville released a statement for the Rivers’ family saying, “The Rivers family has, as it had always had, our deepest sympathies and condolences.”