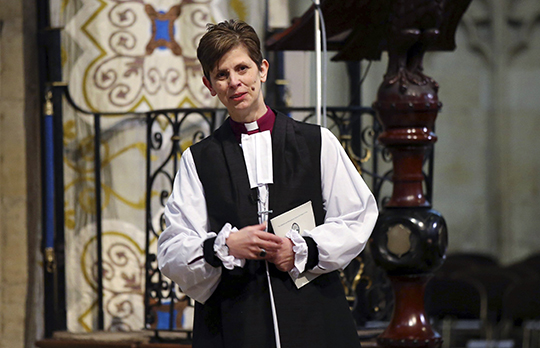 The Church of England is consecrating its first female Bishop today.

Reverend Libby Lane will be consecrated nearly two decades after the Church brought on female priests.

Within the Church, some believe that according to the Bible, leadership belongs to males. Modernists see it as a positive change to the Church and for women.

“If my appointment encourages a single young woman to lift her eyes up a bit and to realize that she has capacity and potential and that her environment or those around her don’t need to dictate what is possible for her, then I’d be really honored,” says Lane in an interview with the Church.

Lane’s consecration ceremony will take place at a Gothic Cathedral church in northern England, York Minister. The Archbishop of York, John Sentamu, will lead the ceremony. Other bishops will pray as they place their hands on Lane.

Female Bishops serve the Church outside of England, in countries such as the United States, Canada, and New Zealand.

In 2012, the Church’s attempt to bring in female bishops failed after traditionalist members voted against it. After this, the Church brought forth new proposals which were passed late last year.