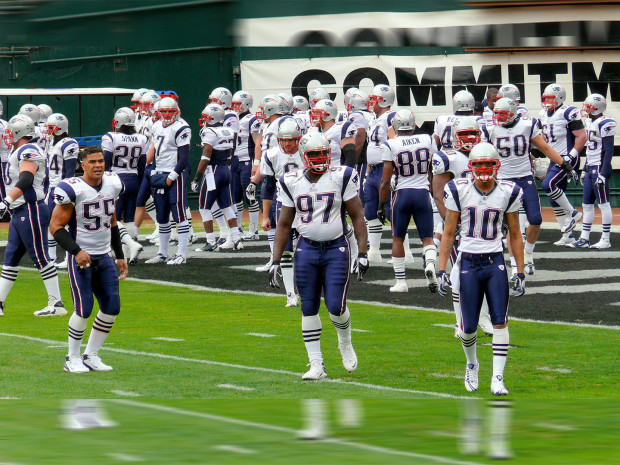 Russell Wilson and the Seattle Seahawks rallied late in the fourth quarter to defeat the Green Bay Packers, while the Patriots crushed the Colts to earn a date in the Super Bowl.

With four interceptions, no touchdowns and barely a decent drive to his name, the Seattle Seahawks quarterback was having a nightmare in the NFC Championship game on Sunday. But with the Green Bay Packers looking set for a Super Bowl place, Wilson found the skill and the spirit to lead his team to a memorable victory.

Wilson fired a 35-yard touchdown strike to Jermaine Kearse in overtime to give the Seattle Seahawks a stunning 28-22 comeback win over the Green Bay Packers on Sunday and seal a return trip to the Super Bowl. The Seahawks, bidding to become the first team in a decade to win back-to-back Super Bowls, will play the New England Patriots in the February 1 NFL title game. The Patriots crushed the Indianapolis Colts 45-7 to win the AFC championship.

Green Bay Packers quarterback Aaron Rodgers was left baffled by his team’s fourth quarter collapse as they allowed the Seattle Seahawks to rally for a 28-22 overtime win in Sunday’s NFC Championship game. Rodgers guided his team to a 19-7 lead which vanished in a thrilling finale to the game.

Seattle coach Pete Carroll took risks while his Green Bay counterpart Mike McCarthy played it safe; in the end the gambler won. The Seahawks’ remarkable 28-22 comeback win over the Packers in the NFC championship game on Sunday cannot be put down to a single decision but the outcome was certainly influenced by the differing approaches of the two coaches.

In the AFC championship game, Tom Brady fired three touchdown passes and LeGarrette Blount rumbled for three more. The New England Patriots demolished the Indianapolis Colts 45-7 on Sunday to book their sixth trip to the Super Bowl in 14 years. The Patriots head to Arizona for the February 1 National Football League showcase looking to dethrone the defending Super Bowl champions.