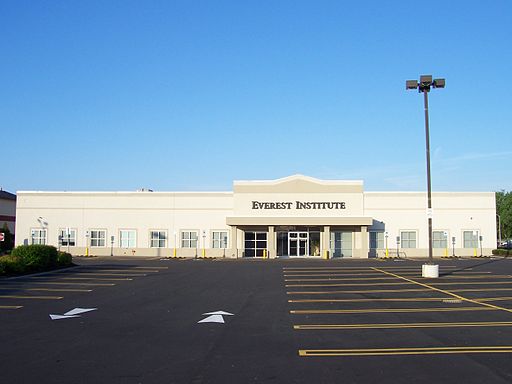 Everest College Canada, a private college specializing in technology, health care, and business, was shut down last week and is planning to place a...

Everest College Canada, a private college specializing in technology, health care, and business, was shut down last week and is planning to place a refund instead of a diploma into their former students’ hands. But the students may be rejecting the refunds and reaching for protest signs instead.

Students were mid-way through their programs only to be told their education is on hold and were barred from school property. The decision to close the school was made by the Ontario government’s superintendent of private careers colleges after it deemed that the college was no longer financially responsible.

Corinthian Colleges, Everest’s parent company, made the announcement that Everest filed for Canadian bankruptcy protection. Everest College has $3-million in the pot of money available for training and student’s refunds.

Everest has 14 locations across Ontario, affecting students all over the province. Locations in the Greater Toronto Area include Mississauga, Brampton, North York and Scarborough. The Corinthian colleges in the U.S. are not affected.

Some students are enraged as they find the closing of the college is not a relevant reason for students to be pardoned from paying student debt.  The Consumer Financial Protection Bureau is forgiving part of the student debt, but not all of it leaving little relief for student’s wallets.  Sherri-Ann Hunter, a former Everest Student, posted a personal Facebook post saying, “I was three weeks away from going on my work placement to graduate. I am a 97% average student who has spent eleven months working my ass off to get screwed over.”

Duff and Phelps Canada Restructuring Inc. will serve as the trustee in bankruptcy. They will take over all management of the case. In the letter, Jack Massimino, the chairman and CEO of Corinthian, is quoted as saying, “We are extremely disappointed that the ministry has taken these abrupt actions. Our Canadian subsidiary had been working with the Ministry for an extended period of time with the goal of achieving a satisfactory outcome for students, employees and other stakeholders in Canada.”

This apology is not enough for many students who thought they would walk out of the college doors with a diploma at the end of their school term. Chelsea Lloyd, an Everest student in the massage therapy program in Ottawa, said in an interview with CBC, “Six months ago we started our second year and could have transferred schools with little to no ill effects, now we are all faced with spending more time and money while scrambling to rectify our own personal situations.”

Roberta O’Brien, studying to be a counselor at Everest College in Sudbury, expressed her anger in an interview with CBC. “All we know is that our lives are going down the drain right now because of some government bullshit.”

Former Everest student Carla Araujo was shocked to hear the school is closed. “I studied to be a medical receptionist, and found the college to be very supportive in my career search,” she says.