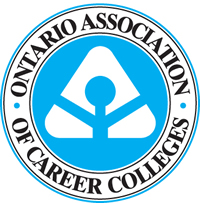 Earlier this month, the US-based Everest College, chain of Career Colleges, closed all fourteen locations they have in Ontario. But this is not...

Earlier this month, the US-based Everest College, chain of Career Colleges, closed all fourteen locations they have in Ontario. But this is not the first time that there have been issues with private career colleges in Ontario.

Lisa Bucher went to The Guelph School of Hairstyling in 1997. A few years later the college closed having trained most of its students to cut hair for women over 60 but not in contemporary styles. Lisa however was not completely satisfied with her education. “I found the issue was that we also were trained in aesthetics,” she says.  “However, if it not specified on the diploma and when I would go to interviews during university when I was using it to pay my way through school there weren’t enough records to say that I had training in aesthetics”

So even when these schools are in full compliance with the government they may not offer training that leads to employment.

Justine Reist attended the Metalworks Institute between 2006 and 2007. She paid over $20,000 in tuition and several thousand in equipment fees. What she got was reasonable training in Music Production in Engineering and good feeling for what it is like when a school is grossly unprepared for a large cohort of students and the staff like to play favorites.

Because she failed one course she was not allowed to continue in the program unless she retook the class and the high cost of tuition had tapped her dry. Ms Reist also noted that while she was not allowed to retake tests so that she would have passed her course, many of her classmates were allowed to retake tests without penalty. Staff played favorites with students. She says “working in that industry is really cut throat and the job market is small. They don’t exactly tell you that. I felt like I was just a large cheque to them.”