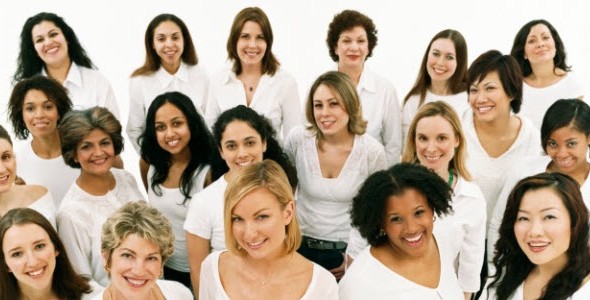 Loving the skin you’re in

journalism16
Walking along the streets of Port of Spain, the capital city of the sister islands Trinidad and Tobago, huge floats and people wearing bright...

International Soca artist, Machel Montano’s song “Like Ah Boss,” created pandemonium on the streets. People started dancing on each other; women were grabbing men from the crowd and pushing themselves on them.

I noticed women of all shapes and sizes wore the skimpiest costumes. The outfits are Brazilian-inspired, which Trinidadians refer to as “feather and beads”. Many of these outfits were worn by women who may not be considered to be a size zero or two according to North American standards.

For Trinidadian women, this is one particular time of year where they are free from social criticism and scrutiny about the way they look and how they choose to express themselves.

Richard Lopez, a Trinidadian-Canadian, says Carnival is a time of year where men and women forget their problems. Women especially, forget about the way they look and just want to party and have fun.

“If you observe them at a different time of the year, you might see a lot of similarities between them and North American women in terms of how they perceive their bodies,” says Lopez.

Ombretta Haughton, a Jamaican-Canadian student says people in the Caribbean are happier and stress free because they do not have to compete with one another.

“Ever notice in Canada and the United States, waist trainers are coming into play. If you do not have that hourglass figure, you aren’t cute. Here we have to keep up with image in order to be accepted by certain classes and people.”

Eurocentric beauty standards have dominated the mainstream for many years. These standards emphasize lighter skin tones and straight hair types. The machinery of marketing and advertising has made it harder for women but specifically women of colour to accept their natural looks, whether it’s sporting their natural hair (kinky curls, afros) or shape of their body (fuller figured or curvy).

Elssa Gutierrez, a store manager at Bikini Village says she notices the pressures from women who are looking for a swimsuit. She says the swimsuits are meant to suit one type of body image, Victoria Secret models, tall and skinny.

“Having to work with women and trying to find bathing suits is very traumatizing for some. There have been times where people cry in the fitting rooms and that’s when I really see how body image affects others. People want to look like the girl in the giant poster behind cash who is wearing the tiniest bottoms.”

Gutierrez also, mentioned she has a three-year-old daughter, who is of mixed parentage and she constantly reminds her that she is beautiful and she needs to embrace her thick, curly hair.

“I want her to go out and be confident. I tell her, her hair is beautiful and her caramel skin tone, which some people fake (sun tan, spray tan) is gorgeous.”

Female celebrities and public figures have voiced their stories about the pressures they faced in their industries in order to conform to a Eurocentric look. There have been many prominent black female journalists in the United States like ESPN’s sports anchor, Sage Steele and Big Brother Canada host Arisa Cox, who’ve stood up against past employers in regards to their natural locks.

Cox and other prominent black female journalist have vocally and wrote about built-in clauses in some TV/film industry contracts for on air positions that they have control over your appearance. Longer hair and blonde hair is more valued than short, brown and curly hair.

Even though natural beauty movements have been on the rise in North America; especially for women of colour. There have been poor attempts by people in the fashion and television industry to understand afrocentric hairstyles.

Just ask E! Reporter and co-host of Fashion Police Giuliana Rancic, who recently came under fire for snarky comments made regarding Disney star Zendaya’s hairstyle at the Oscars.

Rancic made stereotypical comments about Zendaya’s dreadlocks; saying Zendaya’s hair looked like it smelled of “patchouli oil” or “weed.” Rancic has since apologized for her remarks following the outrage on social media and her co-host, Kelly Osborne, threatened to quit the show.

One cannot help but feel envy towards all the beautiful women in Trinidad and the Caribbean who have grown up with the mindset that all women ought to love the skin they’re in.