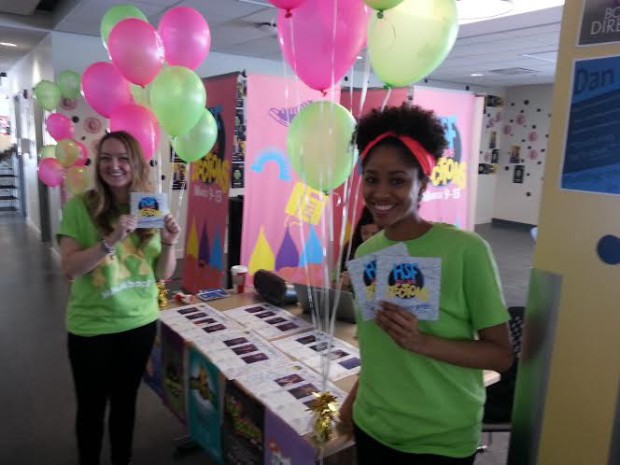 It’s time for Humber students to vote for their president: the polls will be closing at 4pm on March 13. Skedline caught up with...

It’s time for Humber students to vote for their president: the polls will be closing at 4pm on March 13. Skedline caught up with the presidential candidates, and asked what they would like to bring to the table if elected.

Despite a controversial end to last year’s election, Shawn Manahan is giving it another shot. With the disqualification of Tim Brillhante (HSF President who was running for re-election in 2014) with only 24 hours left in the voting period, Manahan leaped to first place and won the election. However, his presidency proved short-lived when the HSF Annual General Meeting voted 89-90 against upholding the presidential election results, meaning Manahan’s position was revoked. (Little-known fact: The HSF has to approve election results at its annual general meeting, whatever happens at the polls.) Ultimately, this decision led to a by-election where Tom Walton snagged the win.

Manahan, who is 26 and currently a third year student in the Advanced Business Administration Program says this year he has aimed toward building a stronger connection with the students.

“The most relevant thing I can do is base my platform off of what actual students want, opposed to some candidates who run on what they consider best from their personal experience,” Manahan says.

Primarily, Manahan has built a relationship with Humber’s international student population as a result of him living with a group of foreign students in his first year.

Manahan wishes to lower international student fees, which are significantly higher than the tuition costs for domestic students which average $6500 per year.

International Student Tuition and Housing Fees as of 2014, courtesy of Humber.ca

Manahan has a good understanding of their frustration. He says there is more to it than tuition fees alone.

“I have a lot of international friends in the school and they do not just pay tuition. They pay for flights here, they have to pay their first and last rent, new furniture, new bed and some of them come here with nothing,” Manahan said.

Manahan says he spoke with the Minister of Training, Colleges and Universities, Reza Moridi to get the international tuition fees conversation started.  He realizes this is a big task that requires cooperation on the government’s behalf, however, he says, “The main platform point there, is advocating for lower international student fees.”

Manahan also makes the point that communication with the Humber population (domestic and international) needs to be addressed. “HSF has a lot of channels of communication, however, I do not think they are being used very efficiently,” he says.

The HSF needs to communicate to Humber’s different campuses individually, he says.  Specifically he is referring to the @HumberLife twitter feed. “There’s a lot of great services and events HSF has to offer but [students] never hear about them. When I ask them if they’ve checked out Humber Life they say no because a lot of it does not apply to them.”

Ahmed Tahir,  23, who is a second year student in the General Arts and Science program is currently the vice-president of Student Life, as the Lead Promotions Assistant and has also been a campus employee as a Club Executive. He now wants to take his experiences further as HSF president.

Tahir says he has established three goals he would like to achieve if elected, beginning with the introduction of sleeping lounges.

“There isn’t a day where I don’t see a student sleeping somewhere on campus and I think providing a place for student that is clean, safe and comfortable is so important,” Tahir says.

Tahir says he has a couple places in mind, “At Lakeshore Campus, I am looking at rooms in the K building on the bottom floor, to convert them into a student lounge”, however the occupancy level and layout have yet to be decided since he has not yet been elected.

“You have to measure it out, you have to see how you would structure it and what kind of furniture you would place in there, would you put hammocks, beds, and we want to get it done quickly, but we also need to make sure people are comfortable in there,” he says.

Tahir’s second initiative is implementing a fall reading week. “We all see the benefit of having a winter reading week. It is a time to get caught up, or taking a break from our studies,” he says.

However, he also makes the point that another reading week may push the semester back. Tahir says, “I don’t want to solve one problem while creating another, we have to work with administration when it comes to when is the best time to do this, would it make more sense to have only three days off and how do we want to structure it?”

Finally, Tahir will attempt to reduce non-tuition mandatory fees. He explains, “There are some fees that I think make sense, but

Explanation of Mandatory Non-Tuition Fees as of 2015, courtesy of Humber.ca

“What I want to do is when you pay fees on your web advisor I want to ensure students know what they are paying for, so that instead of it just saying ‘student fees’, it will be separated stating ‘photo ID fee, athletic fee, convocation fee, alumni fee and so forth,” he says. “What happens a lot of the time is that students are not aware of what they’re paying for within the college.”

Patrick Millerd, who is a 26 year old comedy writing and performance student, plans to introduce something that has never been implemented at Humber before. He has built an online forum that will allow students to vote on issues they find important. If the issue has more than 75 per cent popularity, it will be considered by HSF.

Millerd says there has been a positive response to his forum, although his concern is getting people to visit the site and actively participate in voting. He has also seen a positive response from other candidates. “I’ve gotten some of the other candidates to submit their proposals on the site. There’s been a good response, I just need the authority to take this to the next level.”

If he does not win the election, Millerd would still like to see his forum in action. “Essentially, all the candidates would benefit from this forum. I do not necessarily have to be in charge to make it happen. As long as HSF wants to use it, I am completely open to letting them have it.”

Ayesha Pierre who is 21 and currently in her second year of the Bachelor of Arts Paralegal Program, has yet to respond to Skedline’s interview requests. However, on Humber Life there is an article outlining her background and her plans if elected.

Voting begins today at each campus’ on site polling stations and will run 9 a.m. to 4 p.m.

Currently a third year journalism student at Humber College, aiming to work within the music scene and radio.