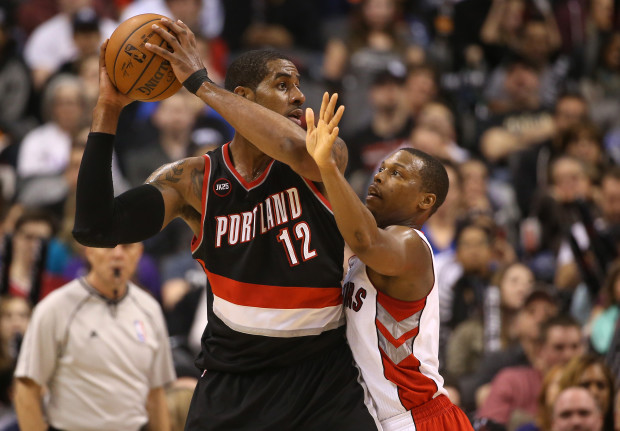 Courtesy: Reuters The Toronto Raptors defence was nowhere to be found in the loss against the Portland Trail Blazers  Sunday night. With beautiful ball...

The Toronto Raptors defence was nowhere to be found in the loss against the Portland Trail Blazers  Sunday night.

With beautiful ball movement (leading to 27 team assists), the Blazers offense proved too much for a struggling Toronto team that has lost 12 of its last 13 meetings against Portland, and has just two wins in their last eight overall.

Blazers forward, LaMarcus Aldridge led all scorers with 24 points en route to his teams 113-97 victory at the Air Canada Centre. Meanwhile, guard DeMar DeRozan led the way for the Toronto Raptors with 22 points in 34 minutes of playing time.

Raptors centre Jonas Valanciunas returned from a one-game absence after the birth of his son to score 14 points on a perfect 7-for-7 field goals to go with a team-high nine rebounds, an assist and a blocked shot in 22 minutes of action.

The Raptors had 16 turnovers in the loss, four more than their season average of 12 per game. Toronto now has 33 turnovers over the last two games and are 17-22 this season when their opponents score 100 or more points in a game.

The Raptors fly to Indiana to take on the Pacers Monday night. Tip-off at 7pm.