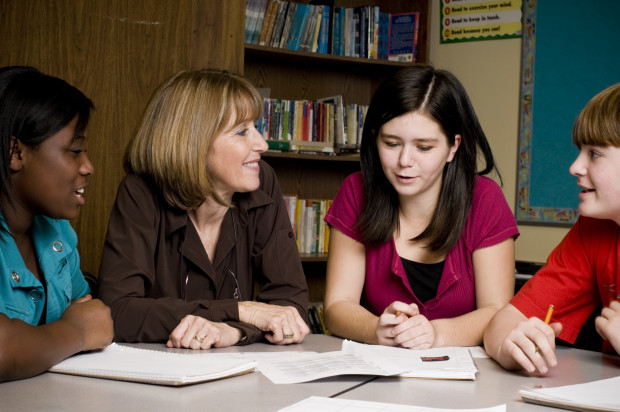 One in five children under the age of 18 in Canada suffer from at least one form of mental illness. This can become problematic,...

One in five children under the age of 18 in Canada suffer from at least one form of mental illness. This can become problematic, as mental health symptoms are most likely to become chronic between the ages of 10 to 15, leading to further mental health issues into adulthood. According to “Mental Health Education in Canada: An Analysis of Teacher Education and Provincial and Territorial Curricula”, a study conducted by the Western University Centre for School-Based Mental Health, only 17% of children and youth effected by mental health problems have sought professional help; help that has proven to be inadequate due to a lack of accessibility.

“What we see is that schools are the main point of contact, almost all kids go to school, we know that at least one in five children in Canada experience a mental health disorder, so that means four to six kids in every classroom are experiencing a mental health disorder at some point in their lives and only one of those kids will be getting services from the health care system”, says Susan Rodger, principal investigator for the study.

Physical and Health Education Canada (PHE Canada), a professional organization that strives to provide up-to-date training for educators since its inception in 1933, proposed that Western University’s Centre for School-Based Mental Health conduct the study to explore what was being taught to educators in regards to mental health and wellbeing of children and youth. The aim of the study is to find ways of training teachers how to address mental health disorders in the classroom environment.

As a member of Western’s Faculty of Education, Rodger explains that PHE Canada wanted to know what the curricula is, specific to each province and what was being taught in the faculties of education. She needed to find answers, beginning with ones based off her own experience.

Rodger, who is also a certified psychologist and teaches a Masters class in counselling psychology, proposed to her dean, along with her colleagues, that mental health training needs to be implemented into teachers’ curriculum. In 2013, she and her team initiated the Mental Health Literacy for Teachers course into Western’s Faculty of Education, which was only available as an elective course at the time.

As mental health training become a vital aspect to the teaching profession, The Ministry of Education decided change was needed.

Rodger states, “We’re moving into a two year program for the very first time in the Fall of 2015 and the Ministry of Education decided that. Therefore that course will no longer be offered as an elective, but the bulk, the heart of the course will be offered to all students as a mandatory course, so we’re excited about that.”

By making mental health training a mandatory part of becoming a teacher, educators are one step closer to assisting students beyond their academic needs.

Grace Hansen, 21, who formerly attended Mayfield S.S., reflects on her struggles growing up due to a number of mental health issues stemming from the young age of three.

“When I was three, I went to daycare that was run by a child psychologist. She told my mom that she believed I was clinically depressed. My mom was almost certain that I had anxiety problems, but she felt it was more separation anxiety versus a mood disorder”, explains Hansen.

As Hansen got older and began attending school, her unusual behaviour would not subside. She described the horrific, unwarranted panic attacks she would experience. They began in grade five, leading to her eventual diagnosis of Panic Disorder.

“When I was 15, I did an in-patient stay at the hospital for a couple of weeks. In grade 10, I was diagnosed with General Anxiety Disorder, which doesn’t necessarily constitute panic attacks but you feel nervous and keyed up most of the time.”

Rosalie Mittica, an educator who has been teaching within the Academic Resource program for over 10 years at St. John Cabot S.S., reflects on her days learning to become a teacher. She feels that if she had more knowledge on mental health then understanding students like Hansen would have been easier.

“It would have made it easier to handle, working with students. Everything comes hand-in-hand, you can’t separate the mental health from the physical health from the academics, and it has to be a whole school initiative.”

By ‘whole school’, Mittica means integrating educators, students and parents to better understand mental health from all perspectives. As a teacher in the Academic Resource program, she sees at large the ranging behavioural patterns in students.

“The aim of the program is to support students who have an individual education plan”, Mittica explains, “These students have a number of exceptionalities that make it difficult for them to be successful in school.”

She admits the behaviour designation is not something that has been explored as much as the other two categories, however, behaviour is growing into the most prevalent issue amongst students in her class.

“Anxiety falls under that behaviour umbrella and when you look at that, it opens a door to a lot of other mental health issues. More and more, the prevalent issue that is coming out is anxiety. They [students] are just too stressed out over academics, it could be social, it could be their home lives, it could really be anything”, she says.

For Hansen, hospital visits, treatments and programs outside of school took away from her studies. However, the issue lay within her educators’ responses.

“A lot of what messed me up in school too was I would miss a lot of classes either because I was doing treatment at the hospital or my symptoms were particularly bad on a certain day, or week and I feel like a lot of my teachers were more concerned with, ‘well you have to get through this’. It became more about how my mental health was effecting my school work rather than how it was effecting me.”

Hansen accessed The Contact Room at her school, similar to the Academic Resource program it allows students to receive specialized help in reaching their highest academic potential. However, a large part of a student’s potential is there ability to apply themselves to school and having underlying mental health problems can get in the way of that.

Rodger explains, “Mental health disorders are one of the leading causes of drop-outs, absenteeism in schools, so we see direct connections between mental health and the ability to be at school and stay in school.”

Since curricula is province-specific, Ontario is currently one of the first to offer mandatory mental health training for the next generation of teachers. According to the PHE Canada website, of the 213 courses offering some form of mental health education, only two of those courses met adequate requirements determined by Rodger and her team. As mental health becomes a larger focus in society, Canada’s educators will have to broaden their scope as to what it means to be a teacher.

Currently a third year journalism student at Humber College, aiming to work within the music scene and radio.