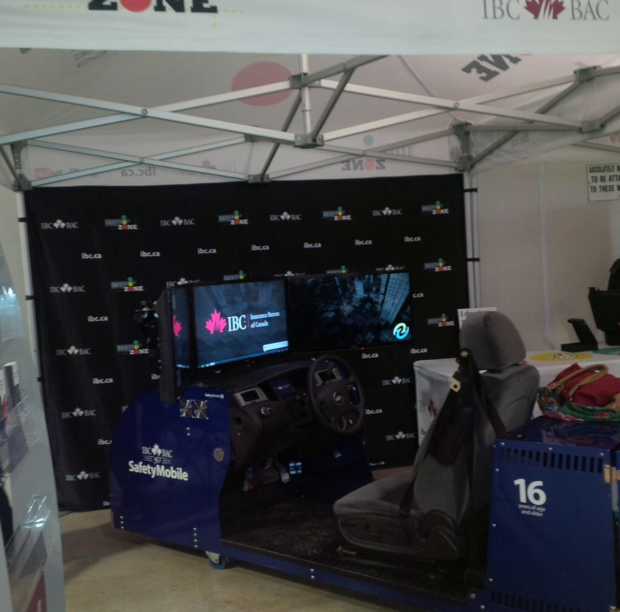 A new automobile fraud app is travelling roads never taken before. The Insurance Bureau of Canada (IBC) has launched its SafetyMobile app just in...

The Insurance Bureau of Canada (IBC) has launched its SafetyMobile app just in time for fraud prevention month. The inspiration behind this app comes from the company’s driving simulator, which focuses on informing drivers about the threat of one major road safety concern.

“In the GTA especially, staged collisions are quite frequent,” says Celyeste Power, IBC’s manager of media relations. “The point of this app is to raise awareness about this so people can know what to look for, know how to avoid it, and if it does unfortunately occur, they have an understanding of what the incident is and are able to report it.”

The app illustrates three specific types of staged collisions that are most prevalent when driving. The swoop and squat is a manoeuvre where the vehicle accelerates and cuts off the innocent driver, which would cause a rear-end collision. Next, the drive down happens when an innocent driver gets the go-ahead to switch lanes and the fraudster strikes their vehicle. Finally, the sideswipe usually takes place in busy intersections or double left turn lanes when the fraudulent vehicle deliberately crashes into the side of the victim’s car.

“Auto insurance fraud is a big problem in Ontario,” says Steve Kee, IBC’s director of media and digital relations. “It’s been estimated [to cost the province] as high as $1.6 billion a year and there are people, organized groups in crime, that feed off the auto insurance system.”

Fraudsters that file doctored collision claims, whether it is for repair or medical expenses, contribute to the rising rates of auto insurance. This widespread practice prompted the province to establish an anti-fraud task force strictly dedicated for the industry, which worked in tandem with IBC.

“Insurance operates on a pooling concept,” says Ontario Ministry of Finance spokesperson, Scott Blodgett. “Increases in costs to the system will cause rates to increase since claims are funded by premiums.”

In order to combat this type of fraud, last July the province passed the Fighting Fraud and Reducing Automobile Insurance Rates Act, better known as Bill 15. Carried out by Ontario’s Finance Minister, Charles Sousa, with the recommendations set in place from the auto insurance anti-fraud task force, the bill has plans to decrease auto insurance rates and also protect the nine million active drivers in Ontario.

“IBC works with various police services across the country, including the Toronto Police, making this very accessible to people and we will continue to do that,” says Power. “This app allows us to reach new generations of drivers.”

As a result of the provincial government’s cost and rate reduction strategy, average insurance rates have dropped by six-percent from August 2013 to 2014.

“It takes a village to put something together like this,” says Kee. “We hope people will be able to get some value out of it and certainly learn about the issue by playing with something that is hands-on.”

These staged collisions are no accident; it is a mimicked collision scenario. Through revamping the auto insurance dispute resolution system, drivers now have further control over how their claims are decided. The SafetyMobile app helps put this settlement process in motion with the touch of a button.