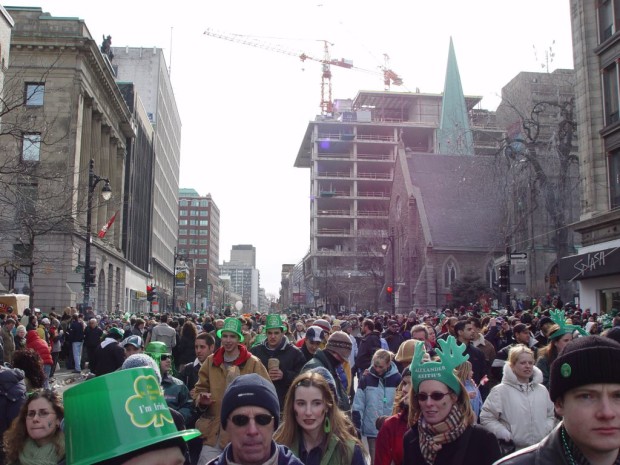 Saint Patrick’s Day and the student

Every year, the streets of cities, campuses, and towns all around North America flood with people who are, let’s face it, all claiming to...

Every year, the streets of cities, campuses, and towns all around North America flood with people who are, let’s face it, all claiming to be Irish for one day of the year. They all wear bright green, feign Irish accents, and drink green beer with cheer to celebrate St. Patrick’s Day. Even if the day is actually about celebrating Ireland’s culture and patron saint.

And of course the high levels of public intoxication are an unfortunate side effect of this day. According to the results of a U.S Census taken back in 2014, the number of people who plan on having a drink is 20% of the total population, and that number may be smaller than the actual figure.

What is it that is so enticing about this day that such large amounts of people worldwide will brave the early spring weather, with snow still on the ground, to drink and sing and be merry with people they know, and people they don’t know?

Students in particular can be rather excited for the chance to celebrate a day of drinking. As they approach the ends of their respective school years, most are starting to feel the grind of their work catching up with them.

“I love St Patrick’s. It’s a great day to spend time with friends before exams start, and the busy crunch of the end of the semester. Normally I go out to the bars or some house parties with friends, just to unwind,” says Michael Grainger, a Finance student of Brock University.

But not everyone shares the same sentiment for the day. Some students have different views towards the observed holiday.

“As a student, St Patrick’s day means absolutely nothing to me. I don’t go out to party and get black out drunk with random people because that doesn’t appeal to me. I also don’t like the colour green,” says Eric Lubanszky, a Child and Youth Worker studies student at Sheridan College.

“Yeah, I mean I’ve had some great times on St Patrick’s Day. But it’s mostly due to my friends and me going out to parties and bars. Then again I know nothing about what the day actually means. So in a sense it’s useless to me. It’s just a day where people drink all day,” says Luke, a student at Niagara College.

So while certainly many students will be clad in green this year to join the throngs of people lining the streets and consuming Guinness, not all will be participating in the festivities or drinking the green beer.

Something a lot of people will see today.