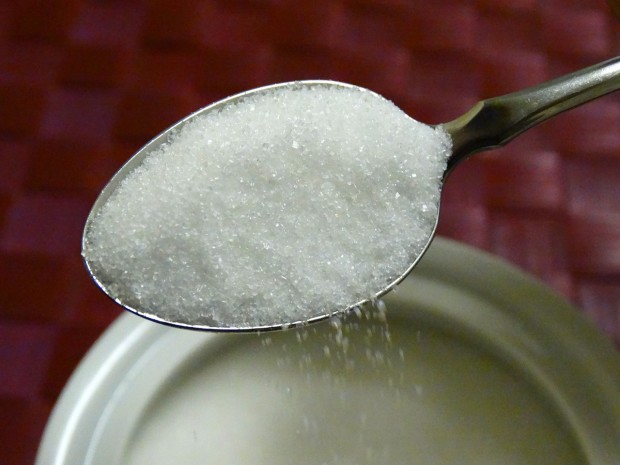 Sugar: A not so sweet love affair

health37 students33
At one point in history, this item was traded and highly sought after. It was the fuel that powered the engine of the slave...

At one point in history, this item was traded and highly sought after. It was the fuel that powered the engine of the slave trade that brought millions of Africans to the Caribbean’s, South and North America. British colonists called it “white gold” and some countries even used it as a form of currency. Today Canadian’s consume an average 72 grams or 18 teaspoons a day but what is the name of this substance that has held onto it’s popularity throughout the ages?

An item commonly found in the pantry of every Canadian, sugar has made a place in our hearts and is a part of our everyday lives. But unfortunately, it has also found a place around our waistlines as well. For years we have heard medical researchers preach the dangers of consuming too much fat or sodium, creating low fat diets in the 80s and 90s that were all the rage. But when we started counting calories and labeling our foods with words like “low fat”, doctors still saw that people continued to get sick and obesity rates grew out of control. Unknown to them was the fact that the ingredient sugar contributed more to the decline of a person’s health than they realized.

In Canada, it is estimated that citizens consume as much as 13% of their total calorie intake from added sugars. The problem has gotten so bad that the World Health Organization has issued new guidelines aiming to stem health problems associated with high sugar intake. With the new guideline, WHO advises people to cut their maximum intake to just 12 teaspoons per-day. It seems like a challenge to most considering that the average Canadian consumes just over 18 teaspoons a day, but when a 125ml can of Coke contains 65g or 13 teaspoons of sugar, the number seems a bit unrealistic.

Elizabeth Mayer is what you would call a quintessential sugar-holic. It isn’t unusual to find the 29 year old sipping on a can of Coca Cola or a munching on a pastry from the local Italian bakery. Her job as a receptionist at a local doctor ‘s office doesn’t make her addiction to the white stuff any better as she often finds herself packing away chocolates and gummy bears on her ten-hour work shift.
But when Elizabeth went to her doctor for what she thought was a routine checkup turned into a wakeup call that would stop any sugar-holic in their tracks.

“My doctor told me that my cholesterol levels were extremely high for someone of my weight and age,” she said.

“I was surprised cause I thought eating foods with high fat content are to blame for health issues like high cholesterol.”

High cholesterol isn’t the only health issue Elizabeth has to worry about when consuming sugar. Researchers at Harvard University have found that sugar has been linked to health many health issues such as osteoporosis, diabetes, cardiovascular disease and even depression.

But according to the Canadian Sugar Institute in Toronto, research on sugar by the media and others is unfounded and often times misleading.

The Canadian Sugar Institute is a non-profit association representing the Canadian sugar industry and manufacturers. They also provide accurate nutritional information about sugar to the media, educators and professionals.

According to CSI, sugar should not be solely blamed for certain health issues, citing that a number of other factors including consuming too much carbohydrates and not exercising are to blame.

When Anib* felt little light-headed after a trip to the grocery store in the summer of 2013, she never thought it was due to a heart attack she had unknowingly experienced. After visiting and receiving care at the local hospital, a blood test confirmed that Anib not only had extremely high sugar levels, but that she was also pre-diabetic.

“I always had a sweet tooth even from when I was a young girl,” Anib said.

“I used to love to eat pastries and chocolate bars, but my biggest weakness was drinking tea with tons of white sugar. And in our community, a lots of us suffer from illness such as diabetes and obesity”

Now using an assortment of medication prescribed by her doctor, Anab is now trying to change her life around by watching what she puts in her body. But it’s harder than she thought.

“I have to constantly read the nuitrition labels on products beacause sugar can sometimes be hidden in plan sight.”

You would be surprised how much sugar lurks in foods that you never would have expected to be there. Often times, to compensate the loss of salt and fat in food, manufacturers add sugar to restore back some of the flavor. Some also use sugar to add texture and bulk to the product in place of using fat. Manufacturers also hide sugar in plain sight, opting to use different spelling formations such as Fructose, Glucose and corn syrup.

Sara Mohammed has taught herself to control the amount of sugar she eats. Before her lifestyle change, she use to consume a large amounts of sugar in the form of sugary drinks. Now she eats fruits and naturally sweetened foods to fix her sugar cravings.

“I think the problem with people eating too much sugar is that most of it is hidden in foods, and isn’t natural,” she said.

“I try to eat foods that are naturally sweet like apples and grapes. I also like eating sweet potatoes if I am craving something a little more savoury”.

But once in a while, Mohammed breaks her “no sugar” vow and indulges.

“One thing I cannot give up is chocolate cake. It may not be the healthiest for you, but eating it in moderation can be done!”.

Sara Miller is a graduate of the Journalism Advanced Diploma program at Humber College. She is now currently enrolled in the Bachelor of Journalism program at the Lakeshore campus.