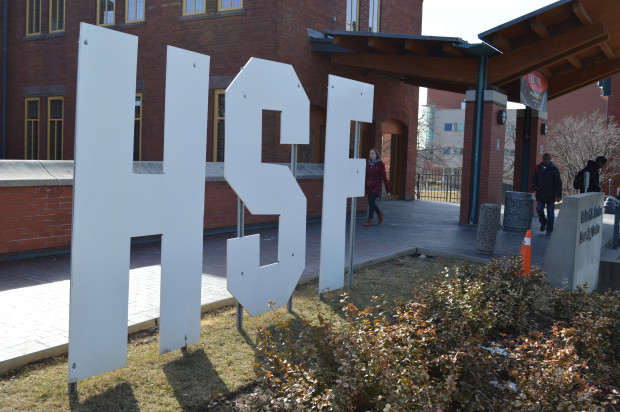 The campaigning period for Humber Students’ Federation has kicked off, sending dozens of candidates through the classrooms and corridors of Humber College to win...

The campaigning period for Humber Students’ Federation has kicked off, sending dozens of candidates through the classrooms and corridors of Humber College to win over the hearts and minds of the student body.

HSF president remains a key position in the electoral battleground, with this year’s HSF President Ahmed Tahir running against Vice-President of Student Affairs Mikki Decker and newcomer Joel Caldarola. If elected the president is expected to attend meetings and lead a team of executives.

University of Guelph-Humber students will have the opportunity to run for the newly created position of vice-president student affairs at Guelph-Humber. That position came after a joint-decision by HSF and the Guelph-Humber Student Association to dissolve the latter organization and give Guelph-Humber stronger representation under HSF.

Whoever is elected to the position will face the challenge of overseeing the change in how Guelph-Humber students are represented, while helping manage services for the 4,000 students at Guelph-Humber.

“You need to have great social skills and do your research,” said Selena Carbury, the Chief Returning Officer for the HSF election.

While the more serious role of handling student services belongs to VP of student affairs, most activities and events are handled by the Vice-President of Student Life. That VP is often seen at events like Frosh or the Halloween party, building relationships with students.

“You may think it’s a good idea because you get to plan parties, but it’s a lot of work,” said Carbury.

HSF’s budget sets aside $55,000 for elections this year, out of the nearly $10 million in revenues it brings in. Much of that revenue is brought in by the mandatory $320 fee that Humber students pay as part of their tuition.

Half of HSF’s budget goes towards services such as health and dental coverage, while other portions go towards administration, events and community outreach.

The campaigning period runs from Feb. 22 until March 4. Students will have the opportunity to vote March 7 to 11 with the winners announced by the end of the week.