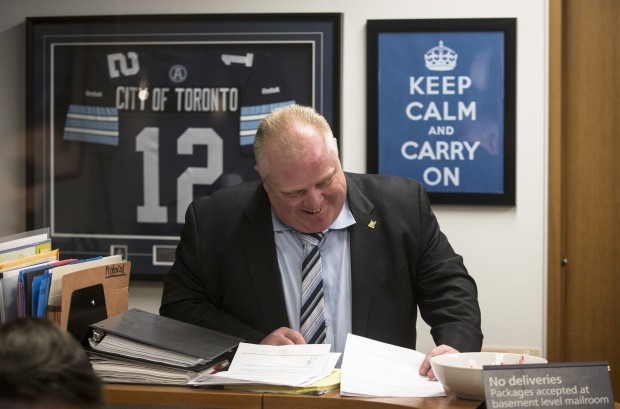 Robert Bruce “Rob” Ford was the Mayor for Toronto from 2010 to 2014. He was highly favored by his city as he rose to power and shocked the world through his struggles with drug and alcohol addictions. The books below talk about his life as a conflicted Torontonian and controversial mayor.

The author and former Toronto Star reporter Robin Doolittle was one of the first very few journalists who reported the infamous Rob Ford crack scandal.

The book talks about the story behind one of Canada’s most ambitious families, as one man struggles to cope with his addictions.

The Gift of Ford was written by former Globe and Mail columnist Ivor Tossell.

The book talks about the clear and unsteady platform Ford had, and the choice voters made bringing up the question: “Should it matter if a man is a nationwide humiliation if he’s famous in his city?”

It’s a summary on the initial caution signs, the unsteady mayoral platform and his antics that rose him to the worldwide spotlight.

An in-depth coverage by Ford’s former chief of staff, Mark Towhey, on who Rob Ford was behind the scenes.

Uncontrollable talks about the life of Ford and how he dealt with his weaknesses, his battle against cancer and life in and outside the limelight.

The Only Average Guy talks about the reality behind Rob Ford’s decisions as a councillor later on as a mayor. It guides readers into understand what it feels like to be a member of one of the most power hungry families Canada.

The book written by City Councillor John Filion, also tackles issues surrounding opinionated candidates with their extreme platforms and the angry voters that support them.