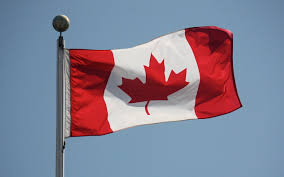 New polls released this week suggest a stunning change to the Canadian Political landscape. Most politicians disregard polling numbers, the majority of them saying...

Most politicians disregard polling numbers, the majority of them saying that the only poll that matters is election day. However, new poll numbers released by two different independent data agencies suggest massive changes in Ontario politics, the Conservative party and the NDP.

An Abacus Data poll released yesterday outlined the state of the Conservative party’s search for a new leader after their defeat under Stephen Harper in the last federal election. The poll suggests that former Nova Scotia MP and Attorney General Peter McKay with an overwhelming lead against a surprise runner up, Canadian TV personality star Kevin O’Leary.

Among all Conservative voters, McKay polled at 33% while O’Leary has 18 %. Rounding up the top three is current Finance Critic Lisa Raitt. However, when the poll factored those who identified to the right of the political spectrum, the gap between McKay and O’Leary becomes much closer with just 4% separating the top two contenders.

NDP leader Tom Mulcair is facing an annual leadership review this spring. However, the party’s dismal performance in the last election have some New Democrats calling for a new leader

The same polling company also released data on the NDP’s preferred new leader. NDP leader Tom Mulcair is facing an annual leadership review this spring. However, the part’s dismal performance in the last election have some New Democrats calling for a new leader

However, the sunny ways might have not reached Federal NDP leader Tom Mulcair but it sure has reached Ontario NDP Leader Andrea Horwath.

A Forum poll in Ontario suggest that NDP Leader Andrea Horwath leads both Premier Kathleen Wynne and Conservative Leader Patrick Brown by double digits among preferred leader in the province.