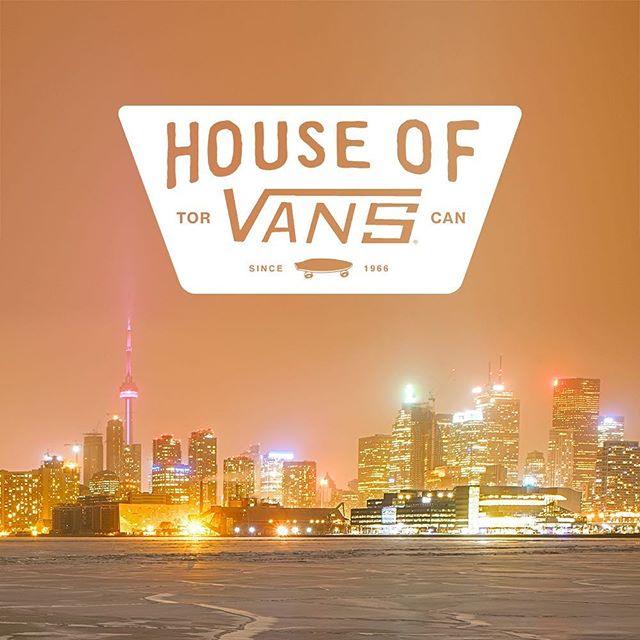 House of Vans Toronto is a temporary pop-up cultural hub and part of a global 50 year anniversary celebration.

The two week event runs from March 16 until April 2 and located in a warehouse at 950 Dupont Street. As the previous site for Hamilton Gears and the future site of a Bellwoods Brewery the near empty space is the perfect setting for a skatepark, art fair, and/or music concert.

“I’ll be headed over there at some point,” said Nick Pierre, Chairman of the Toronto Skateboarding Committee (T.S.C.).”

Local passer by’er Neil Gardiner noticed loud music coming from the warehouse and couldn’t help himself from tweeting it out.

“House of Vans is absolutely pumping tunes right now. Nearly had a flashback to the old unmarked warehouse days,” said Neil. “It opened today (March 16)… I walked by and didn’t see much going on outside, but inside the tunes were blaring!”

On Sunday, March 20 House of Vans hosted the ‘Vans Pro Skate Demo, Skate Intro, and Skate Session.’ The event kicked off at 10:00 a.m. where a free breakfast lasted until 1:00 p.m. Soaked in maple syrup, celebratory Vans waffles on sticks were prepared and served to all who attended. Derek Abraham who was present for the breakfast tweeted,

“Some breakfast waffles at the House of Vans today.” #rad #houseofvans #toronto.

If you are into skateboarding/bmx riding, art, music, and fun times with cool people don’t forget to visit the Toronto House of Vans before the celebration ends.

For more information on the Vans‘ 50 year anniversary in Toronto and around the globe, be sure to check out the House of Vans website today: http://www.houseofvans.ca