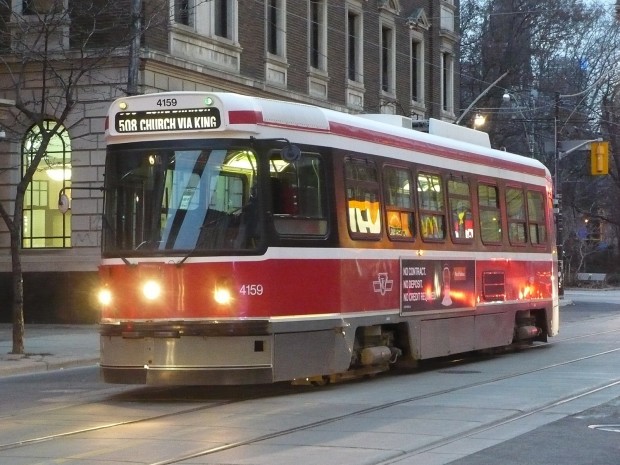 Sexual Assaults2 TTC18
By Fallon Hewitt and Devon Imrie Information obtained by the Toronto Star shows there have been 577 reported incidents of sexual assault on TTC...

By Fallon Hewitt and Devon Imrie

Information obtained by the Toronto Star shows there have been 577 reported incidents of sexual assault on TTC property and vehicles between 2011 and 2015.

The figures were released after a freedom of information request was made by the newspaper. The figures come from survivors reporting to Toronto Police.

Co-ordinator of the Ontario Coalition of Rape Crisis Centres, Nicole Pintsch said there are a lot of victims who will never engage in formal reporting out of fear and doubt.

“They fear the consequences or think it won’t be helpful or they minimize what happened to them and think “Oh, this wasn’t a big deal,” or they question whether or not it even counts as sexual assault,” Pintsch told Skedline.com

The Star reports, in 2016 alone, there have been over 70 reported assaults on the TTC with assaults going unreported every day. The figures translate into one assault every three days.

The figures are only for reports made by survivors to Toronto Police. Some stories are never heard due to a lack of public awareness of how to actually report their assault.

TTC corporate communication manager Susan Sperling said the organization has a variety of tactics to combat assault on the transit system.

“We have the designated waiting areas, where there is better lighting and intercoms, and several years ago we implemented the request stop program, where people who feel vulnerable can get off of buses in-between designated stops in order to get to their destinations in a safer way. We also have emergency alarms on vehicles so if you press an emergency alarm,” Sperling told Skedline.com.

Sperling said the TTC is planning on launching an app next year to make it easier for people to report assaults, as well as a public awareness campaign.

“We will be doing our far reaching public campaign that will talk about different types of sexual assault and that they are sexual assaults and how it’s against the law and very serious,” Sperling said.

Victims of sexual assault or any crime on TTC property and vehicles are urged to call and report their assault to 416-393-3030, 911 or directly to an employee.