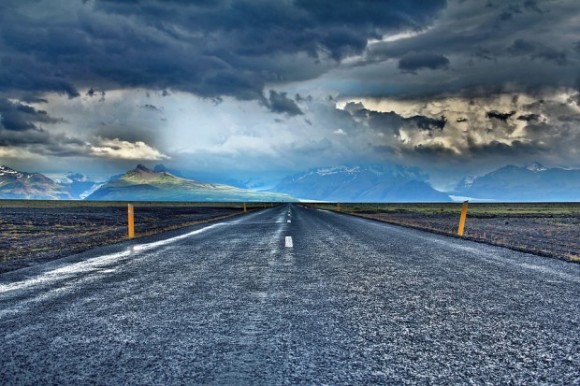 What happens the night after the world learns of the new American president? How do people move forward after all that has been said...

What happens the night after the world learns of the new American president? How do people move forward after all that has been said and done?

Racism, gender-inequality, unemployment and economic growth are just some of the issues that weigh down on the lives of many Americans. Millions watched as these topics became political footballs in the final presidential debates.

For David Rojas of Fort Lauderdale, FL, the political atmosphere in this “swing state” is unfortunately tense.

Like Rojas many Latin Americans live in the southern part of the state while what he described as ‘hick bible-belt conservatives’ live in the northern areas.

In an interview with Skedline.com via Facebook Messenger, he said the election has brought to light hatred for social assistance and discrimination over religion or sexual orientation, but this isn’t what has stood out to him the most in the country’s election process.

“The percentage of sour, unhappy miserable humans that are thinking that their world will be better over night with just a change of president,” said Rojas.

He added that this election has proven that America has a large ignorant and undereducated population of dumb voters who will elect any monkey in a suit with a big mouth promising them a better life.

Still, Rojas said the election has had some good consequences for the American people where economic issues are concerned.

“It makes people think about their future, their investments, their expenditures and obviously caution when deciding who to vote for because they know changes are coming,” he said.

The 39-year-old is managing director for The Deal Creator, an automotive broker in Fort Lauderdale. He said that his business could suffer if Trump becomes president.

“Thanks to our ability to bring in cars from all over the world and inexpensively, many people are upgrading their cars which stimulates the economy. If Trump wins the way we trade could ultimately be affected. The way manufacturers are taxed could affect the way vehicles are taxed and financed.”

He said his greatest worry was that ultimately neither the Republican or Democrats would make decisions to benefit the public.

Toronto restaurant owner Nick Papalambropoulos said he’d be worried too if he lived in the United States.

“History has shown us that world powers eventually fall. America is the current world power. I think they could potentially have riots because of results,” said Papalambropoulos via Facebook Messenger.

The 29-year old entrepreneur owns and operates Legends Sports Bar in the city’s Greek town. He said the election has definitely brought issues around racism to the table, but that he believes this will always be a problem in American society.

“They do not accept multiculturalism the way we do here in Canada. For example, here I will use my own ethnicity. We say we are Greek. I never say I am Canadian. In the United States they say they are American first and then Greek.”

He recently spent three months in his home country, a place where people don’t mind that Trump and Clinton don’t make daily headlines with what he called a ‘TMZ’ election.

Full-time college student Heather Brown might agree with Papalambropoulos. She said this election has been all about scandal in an interview with Skedine.com via Facebook Messenger.

While studying to become a community service worker, she has followed the campaigns through CNN and skits on Saturday Night Live.

“I don’t believe Hillary and I can’t believe Donald. Hillary says a lot of nice things that apply to people struggling, but will she follow through? Probably not,” said Brown.

The 30-year old said she is working with people who face oppression as part of her education.

In order for people to move forward after the election, Brown said the candidates must be held accountable for the promises they have made and the oppression they are encouraging.