MEXICO CITY, Jan 16 (Reuters) – At least four people were killed and 12 injured when a gunman opened fire outside the Blue Parrot nightclub... 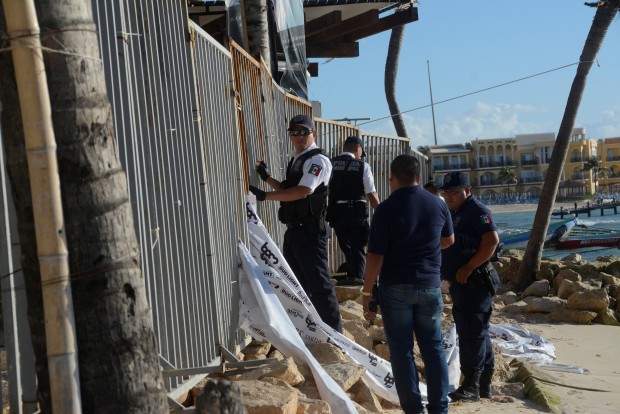 MEXICO CITY, Jan 16 (Reuters) – At least four people were killed and 12 injured when a gunman opened fire outside the Blue Parrot nightclub in Mexico‘s Playa del Carmen resort during the BPM electronic music festival, organizers said in a statement.

The shooting on Monday Jan. 16 represents a blow to Mexico‘s tourism industry, which has been one of the few bright spots in the economy thanks to a weak peso exchange rate.

The BPM organizers said three members of their security team were killed in the shooting, which it said was perpetrated by a lone shooter. There was no official confirmation of the death toll, and a Quintana Roo state government spokesperson said there would be a press conference later on Monday.

“We are overcome with grief over this senseless act of violence and we are cooperating fully with local law enforcement and government officials as they continue their investigation,” BPM said in a statement posted on its Facebook page.

Videos purportedly shot at the scene shown on television and social media appear to show dancers ducking for cover and out on the streets running to safety.

“This is a very, very sad situation. Tryna get my head around it still. Thoughts and condolences to all affected,” Scottish DJ Jackmaster, who was performing at BPM, said on Twitter.

The BPM festival, which was entering its 10th year, has grown to be one of the most important electronic music events in the world, with top DJs flying in every January to play the clubs of Playa del Carmen along Mexico‘s Caribbean coast.

Quintana Roo and the surrounding Yucatan peninsula have traditionally been less violent than other parts of Mexico, with relatively low murder rates. However, with many foreign tourists and a vibrant night life scene, there has long been an important local drug market in and around Playa Del Carmen.

In recent years, Mexico‘s Caribbean coast has drawn DJs and fans of electronic music to the beautiful, balmy region during the frigid European and North American winters. (Reporting by Gabriel Stargardter; Editing by James Dalgleish)