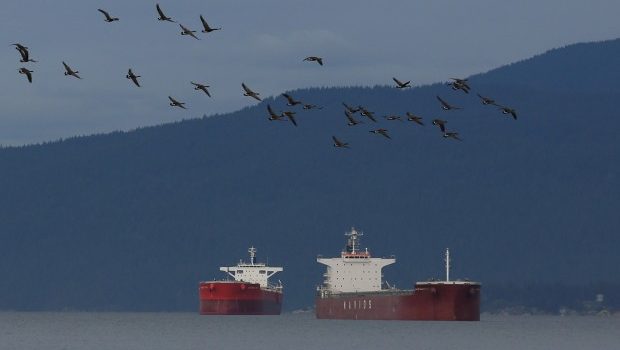 OTTAWA, March 7 (Reuters) – Canada posted a third consecutive monthly trade surplus in January, the first such stretch since 2014, in another signal that the economy is gaining momentum after slumping for more than two years due to low oil prices.

The last time Canada recorded trade surpluses for three months in a row was between July and September 2014.

“The gains in two-way trade volumes signal an economy that continues to be on the mend,” said Nick Exarhos of CIBC Economics.

Canada’s economy grew at a faster pace than anticipated in the final quarter of 2016, lifted by consumer spending and a drop in imports.

The Bank of Canada last week left interest rates unchanged as it focused on the “significant uncertainties” facing the economy, including lack of clarity over what policies U.S. President Donald Trump will enact.

Peter Hall, chief economist at Export Development Canada, said he saw no signs that the uncertainty highlighted by the central bank was weighing on Canadian exporters.

“This is no longer a blip. We’ve got a good run going here,” he said in a phone interview, noting the strong performance of the crucially important auto sector.

Exports of motor vehicles and parts rose 7.7 percent in January after falling 6.7 percent in December, while shipments of canola jumped 38.4 percent on demand from China.

Exports to the United States, which accounted for 74.6 percent of all Canadian exports in January, grew 2.3 percent while imports from Canada’s largest trading partner rose 0.3 percent.

As a result, Canada’s trade surplus with the United States grew to C$4.52 billion from C$3.82 billion in December.

The U.S. trade deficit jumped to a near five-year high in January.