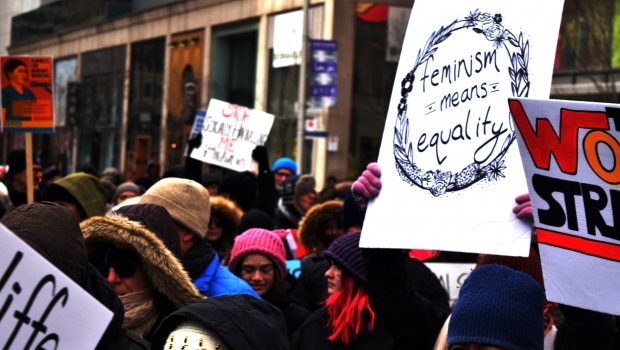 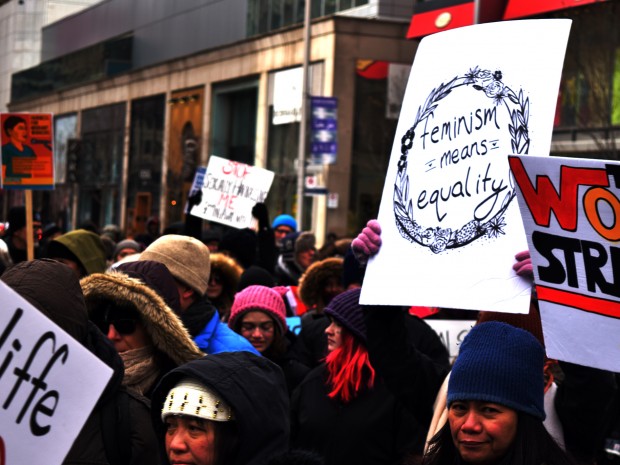 The chants could be heard almost a block and a half away as Yolanda McClean led a sea of people holding signs adorned with female empowerment through the city of Toronto on Saturday. As she shouted the names of marginalized groups the crowd replied in a roar of solidarity. “They matter here!”

The day was frigid, windy and let barely any sunlight in. But hundreds of people still managed to find warmth with one another while trekking from University of Toronto to Ryerson in honour of the 100th International Women’s day. 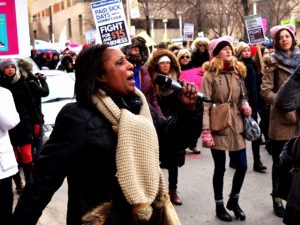 resident of the Black Trade Unionists and currently works with the Canadian Union of Public Employees (CUPE), which helped land her in the organizational team for the International Women’s day March.

“I’ve been with the march for a couple of years now and I’ve noticed as the years have gone on it’s grown in size,” McClean says. “I’m a true believer in organizing and moving people forward.”

For McClean the women’s march is for more than just women. She was there to support all underrepresented groups in society and hopes her impact there will help spark more conversation leading up to Canada’s 2018 elections.

The political discussion may involve more talk of socialist reform as the Women’s Day march also energized the activist group Socialist Fightback, the Marxist voice for labour and youth. 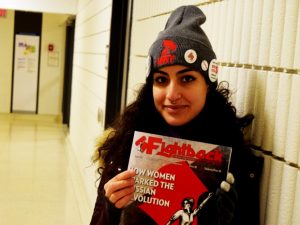 “In 1917, a hundred years ago [in Russia], women won the right to vote, divorce, have abortions and receive equal pay to men far before they did in any other country,” Maral Nourmohammadi says, a spokesperson for Socialist Fightback.

Nourmohammadi says the group is attending to help “promote and explore Marxist ideas to apply them to the struggle for women today.” Fightback proclaims strongly that overthrowing capitalism goes hand in hand with achieving true equality and that themes of the Russian revolution can be “linked to the fight for gender equality – you can’t have one without the other.”

But Nourmohammadi was also there for her own reasons: more affordable and simpler access to childcare and maternity leave.

“It makes it very difficult for women to have economic equality with men when they don’t have access to these services and when the burden of domestic labour primarily falls on their shoulders,” Nourmohammadi says. “If I decide to have a child I might not have the right to maternity leave and I may have to be broke for a year or just immediately not see my child.”

came from all kinds of people from varying walks of life and the issues they came to address were as broad as the gender earnings gap and as specific as “underrepresentation of queer people of colour,” according to one marcher, Lillian Gong. Gong says she feels the lack of representation in media personally as a queer person of colour and believes it comes down to a lack of education.

“In schools you get about one hour dedicated to learning about marginalized groups,” Gong says. “And that’s it for the semester.”

Despite the political energy and personal struggles motivating people to march there was one all-encompassing principle that surrounded the afternoon.

Gong puts it simply: “Embrace all women around you.”