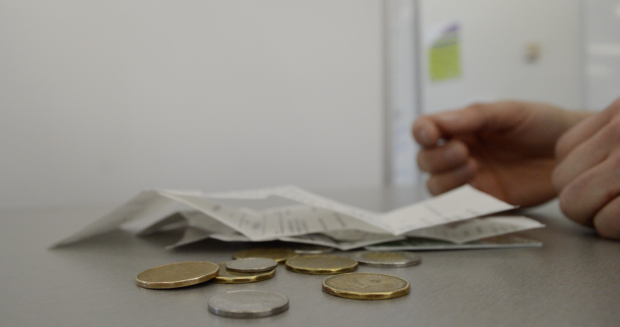 For decades the Ontario Student Assistance Program (OSAP), originally CSLP, has been giving students the opportunity to attend post-secondary school thanks to financial aid. A third-year Humber College Criminal Justice student, Maggie Srouji, says she owes her education to them yet somehow OSAP still falls short for her.

On top of studying full time, Srouji works two part-time jobs at 40 hours a week, just barely making ends meet. The workload resulted in Srouji being diagnosed with a hernia last year, the consequences of which she still struggles with today.

“I have a court case due tomorrow and I’m still working on the paper because I’ve only had 15 minutes a day to work on it,” Srouji says. “My stress levels are through the roof and it’s affecting me physically – that’s how you know it’s bad.”

Srouji receives the maximum amount OSAP can allocate for individuals, which is just over $15,000 CAD. Her single mother works three jobs and currently receives welfare while her brother attends McMaster University.

“If she’s going to help one she has to help the other but she literally can’t even help one of us,” Srouji says.

“Ontario has one of the highest rates of postsecondary education anywhere, but this rate is much lower among students from lower income families. That’s not right. People should get into college or university based on their ability and potential — not on how much money their parents make,” The Ministry of Advanced Education and Skills Development said in a statement when Skedline reporters reached out for comment.

In recent years OSAP has been gradually changing their platform in a way that could challenge these disparities. One change coming in the 2017 academic year is free tuition for any student with parents earning $50,000 CAD or less annually. The latest change allows new graduates to abstain from repaying their loans until they make $25,000 CAD annually.

A post-graduate from Humber’s Comedy program, Erik Smith, says this change has been helpful as he is still moving into the career world. In the last year since graduation, Smith has been working a series of odd jobs to make ends meet.

“I kind of went out into the nothing that is applying for jobs,” says Smith. “The last two or three months have been cobbling together stability out of a lot of nothing.”

Smith says he left school with a relatively small amount of debt, and after sending a monthly income report to OSAP he was given a year before they would start taking payments. Smith is preparing by stabilizing his schedule and budgeting for the inevitable payments. He is currently training for a position as a squire at Medieval Times. 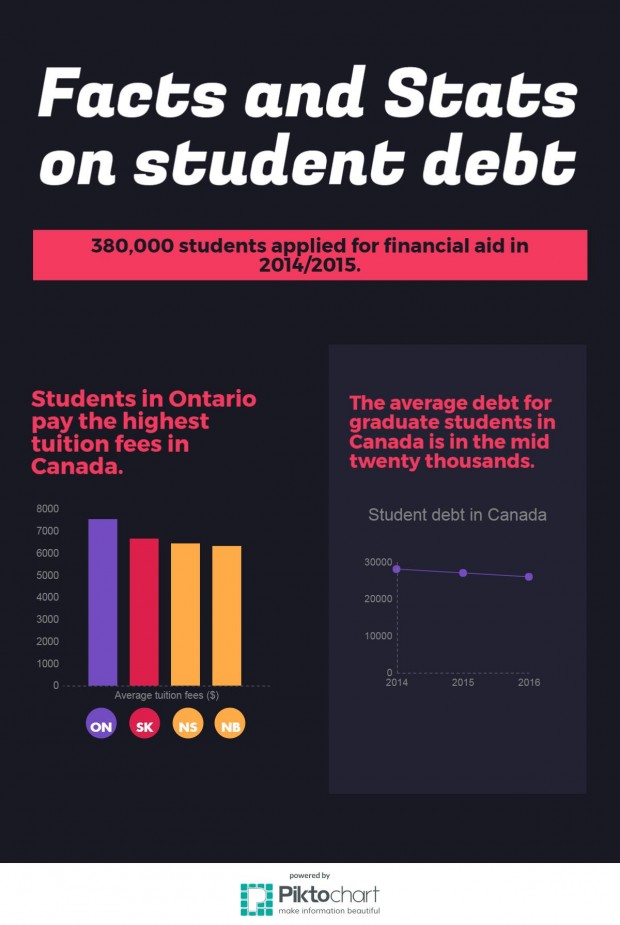