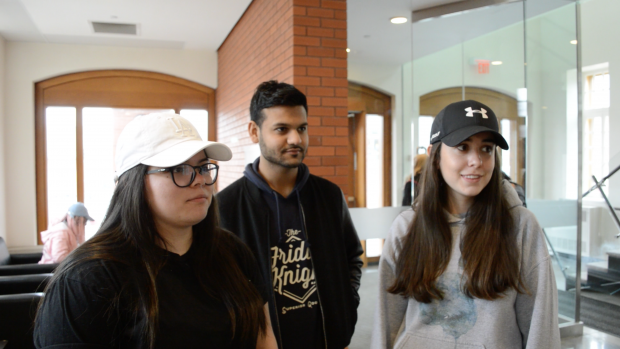 What millennials really think about Trudeau

justin trudeau7 Liberals5 Millennials1 politics30
It’s been a year and a half since young Canadian’s came out en masse to vote for Prime Minister Justin Trudeau and the Liberal...

It’s been a year and a half since young Canadian’s came out en masse to vote for Prime Minister Justin Trudeau and the Liberal Party.

Millennials came out in droves to cast their ballots for the Liberals in 2015. A report by Abacus Data even goes so far as to suggest that young voters are responsible for giving the Liberal Party its majority government. Indeed, eighteen per cent more young people came out to vote in 2015 than in 2011.

However a lot has happened since Trudeau promised sunny ways during his campaign. The Prime Minister didn’t make good on his commitment to electoral reform, and he approved some controversial pipelines–but he has made gender parity a priority in his cabinet, and he is working on marijuana legalization.

So how do the forty-five per cent of young Canadians (aged 18-25) that voted for the Liberal Party feel about their decision now?

Wadood is a student at Humber College who had the opportunity to meet Justin Trudeau, and voted for him in the last federal election.

“His message was quite moving,” said the criminal justice student.

He said he felt happy about the government’s decision to pass M-103, the anti-Islamophobia motion.

“I think that’s something we needed, especially from the background that I come from. It’s time that we take a stand, I think that what [Trudeau] is doing right now is good.” 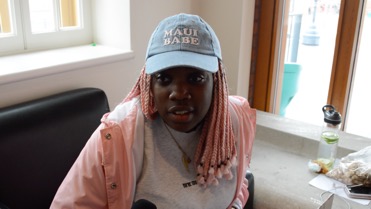 Diandra of Humber College’s public relations program said that she is pleased with Trudeau’s work on immigration, but that much more needs to be done.

Manmeet voted for the Conservative Party. 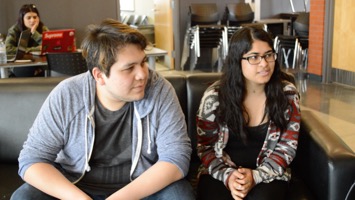 Manmeet (right) voted for the Conservative Party in the 2015 federal election.

“My mom made me. They were freaking out because Trudeau was really young, so they wanted to keep it Conservative,” said the child and youth care student.

Her thoughts about the current Liberal government?

“I think it’s okay so far. I think nothing changed too dramatically, I don’t engage too much with it. I see little things here and there, but I never see different changes in the political spectrum,” said Manmeet.

Another student had a similar reason for her political choices. Graphic design student Alessya voted for former Prime Minister Stephen Harper, because her parents voted for him.

“To be completely honest, I know nothing about politics. At the time I just turned 18, so I voted the way my parents did. I didn’t really know anything,” she said.

According to Statistics Canada, lack of interest in politics is the most common reason people choose to avoid the polls during election periods.

“Approximately one-third of the people who did not vote gave this reason. This stands true for all age groups,” said Saranji Uppal, a researcher with Statistics Canada.

Uppal conducted a study which examines the increase in voting rates between the 2011 and 2015 federal elections. The study found a link between education and “intensity” of political participation–with university students more likely to be interested in social issues, as well as politically involved. 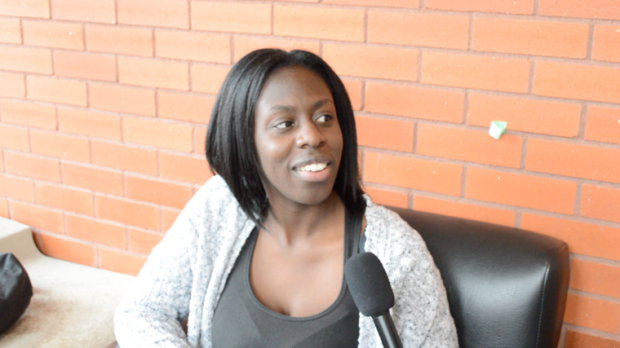 However, the decision not to vote can also be a thoughtful one.

Tuwauna, a public relations student at Humber College, said that she did not vote in the last election because she didn’t think it vote would make a difference, adding that Canada’s democratic system is not working.

“Judging what is happening to the Aboriginals, their suicide rate is really high, they have no clean water…Why can’t our government accommodate them?” she said, “Just like in America, be for the people. Don’t be for yourselves. That’s what politicians are for — themselves.”