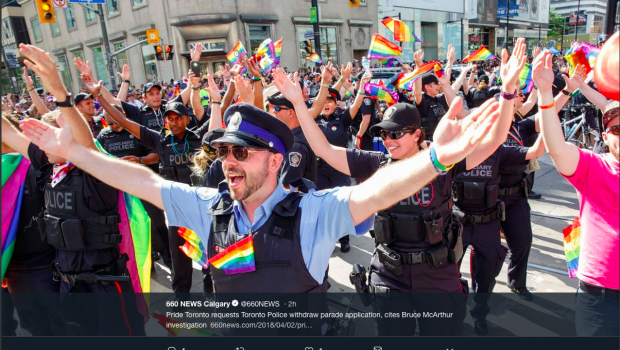 Pride Toronto says no to police marching in parade 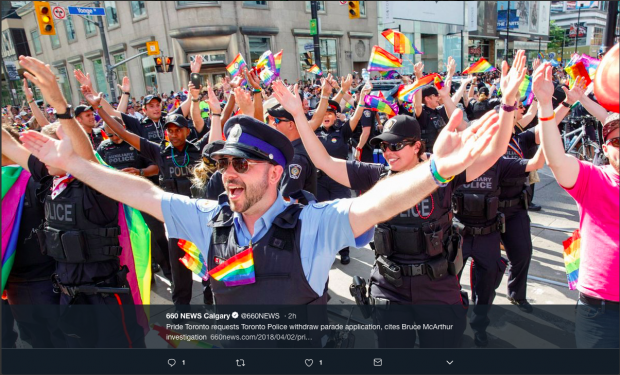 A statement was issued last night from Pride Toronto asking Toronto police officers to refrain from marching in this year’s Pride Parade. Their reasoning for issuing this statement was that they believe that police are not supportive of their community. They also believe that the police’s involvement in the alleged serial killer Bruce McArthur case was not handled properly.

“What changed was Bruce McArthur, to be honest,” Olivia Nuamah tells @metromorning. Police-Pride talks on participation had been going well but McArthur’s arrest exposed systemic problems, need to keep working on relationship, she says

It’s a shame that this has become a political movement.

@megyeg you’re missing the point. They want them to abstain because the police are not supporting their community. They have dragged their heels on investigations and the community has serious mistrust of their police force, more so than before. Marching would be an empty gesture

But there has been some backlash in response to the statement. Some people believe that asking police not to march is not in line with the Pride motto that is inclusion.

As a proud member of the #LGBT community I find this statement incredibly disappointing. Excluding groups from #PrideTO goes against the core message of #Pride which is inclusion. Diversity is our strength, let’s work with the police to generate change instead of excluding them. https://t.co/q5RQ0oIbUI

They should be allowed to bow out. Either you want them there, or you don’t. Not “you can come to my party, but you have to hide in the back room where you can’t have any fun.”

I volunteered last year at pride 2017. I won’t be volunteering this year. In fact, I won’t be there at all, because of this. I just can’t personally reconcile exclusion of any sort.

Police have since responded to Pride’s statement and withdrawn their application.

Here is a full statement from chief Mark Saunders on withdrawing from this year’s Pride Parade: pic.twitter.com/SO2kCEvTvT