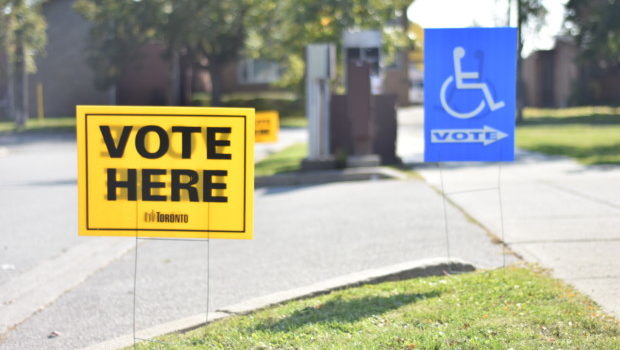 By Liam Harrington and Justin Field Skedline.com The Toronto District School Board is in a difficult situation. The board face serious challenges such as... 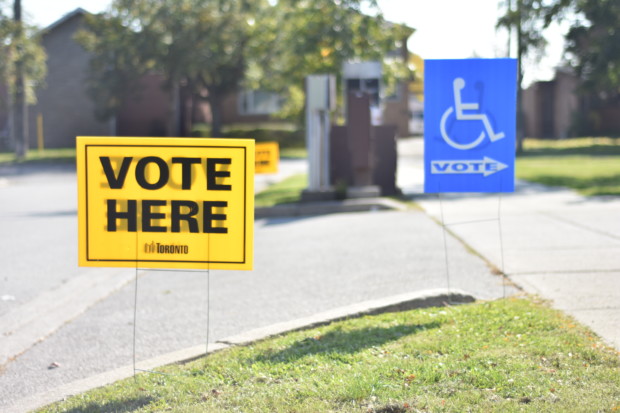 The Toronto District School Board is in a difficult situation. The board face serious challenges such as overcrowded schools, crumbling infrastructure, and students are getting the best education possible. It is up to the school board trustees to solve these issues, but as Ward 3 Etobicoke-Lakeshore’s current trustee, Pamela Gough steps down from her position, a new trustee will have to take the reins and attempt to fix these issues. 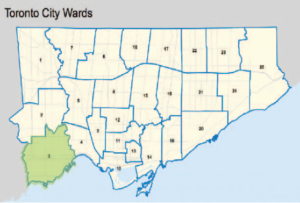 Newly drawn ward map of the City of Toronto

Christopher Caldwell is one of  10 candidates for trustee. He is running on a platform of accessing developer fees to pay for new schools and fix the old ones.

“When you’re increasing the density in an area and you’ve seen the condos go up like crazy along the lake or elsewhere, the schools don’t increase in relative size. What happens is the schools impact, they lack money for infrastructure improvements and so on,” Caldwell says. 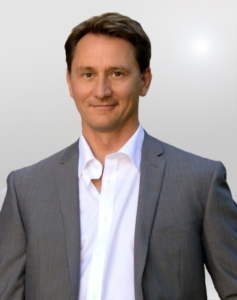 “I’m fighting for getting the TDSB to allow [us access to] 1500 dollars per unit built, and there’s some other fees they can have access to. For me, one it’s a fairness issue, two it’s a sustainability issue. The schools need the money to make the repairs and the improvements for students,” Caldwell says.

Caldwell has a lot of political experience.  He ran for the Green Party during this year’s provincial election, and he ran for council a few years ago. He also has multiple degrees in sustainable infrastructure and education.

Caldwell also has a personal connection to the community. He is an Etobicoke local and has been for the majority of his life. “I grew up there, I have roots, I have a pretty intimate and emotional investment in the area,” says Caldwell, “If you’re asking why I care a lot it’s because I want to see Etobicoke thrive.”

“I am your ABC candidate, accountability, big ideas and community building” she says. 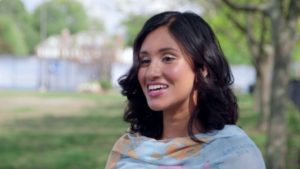 Mohammed believes infrastructure should definitely be a focus for the TDSB.

“These issues have been there for a long time, even since I was a kid, infrastructure was a problem. I drove by some of my old schools, and the portables that we hated to have class in are still there. It’s been 20 years, we have to address this,” she says.

Mohammed says school board trustees should be transparent about everything including their budget, which is a criticism she has for other candidates. She wants to spend half of the budget on hiring young staff to provide valuable work experience and the other half on community initiatives like sports programs and multi-school art shows.

Mohammed is a former member of the provincial government, a former UNICEF employee, creator of Salon West (a forum to empower young people and minorities through their art and culture) and she has lots of experience working with youth programs.

“I’m a local candidate with the experience and the training required to successfully engage parents and advocate for them, not just at the TDSB but at multiple levels of government. I’ve navigated these systems before, and I have the education and experience to make an informed decision about what we should be doing to improve our schools,” Mohammed says. 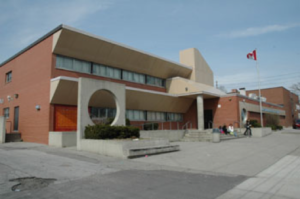 One of the schools within the new Ward 3 boundary, Lakeshore Collegiate

Another candidate is David Kalbfleisch, who has built his campaign and his platform off his slogan, “Put Kids First.” For Kalbfleisch this means fixing dilapidated schools and adjusting the budget so that education is always the first priority.

“Putting kids first, means making sure that kids education is at the top of the list, I think some people saw that it wasn’t first on the list and that’s kind why I’m running. When I look at some of the spending I can see it’s not always first on the list,” Kalbfleisch says.

Kalbfleisch says schools infrastructure should be a major concern and it will be a priority for him if he wins the trustee position.

“There are about 20 schools in the ward… I see roofs leaking, and structure that hasn’t been repaired in twenty, thirty years, those are criminating move for me and my industry and if your two kids are sitting in an environment like that, it’s a critical concern,” he says.

Kalbfleisch thinks that his background as an accountant for a pharmaceuticals company gives him a unique set of skills, which he can use to better the lives of students. Kalbfleisch says he would use his accounting skills to keep better track of the money and what’s being spent where. He also says that his accounting background allows him to better budget money deciding what’s important and what money can be saved.

Kalbfleisch is running in part due it his connection to people. He believes that he can develop a real connection to the voters and the people of the community and thus he’ll represent the community best as their trustee. He’s also running because of his family ties to the high school and grade school education systems. His family is full of teachers, from his cousins, to his grandfather, and even his dad.