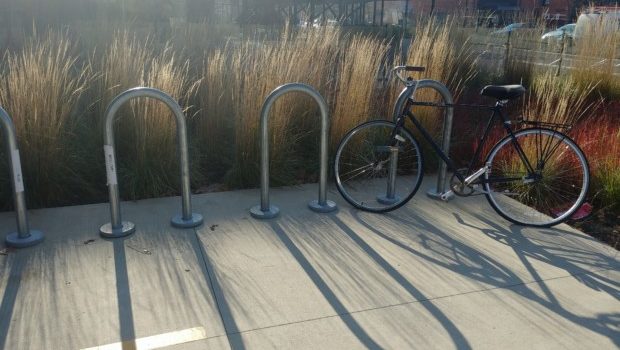 Dropbike initiative pedals to a halt on Humber campus

Cycling Campus1 Humber97 humber college12 Sustainability3
By Raven Smith The Dropbike cycling pilot has left uncertainty with the College on its possible return since it launched last fall. “They haven’t... 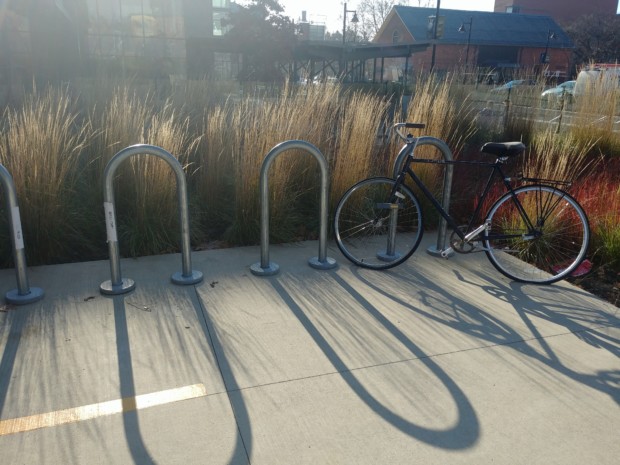 The Dropbike cycling pilot has left uncertainty with the College on its possible return since it launched last fall.

“They haven’t been brought back this fall yet,” says Lindsay Walker, Manager for the Sustainability Office at Humber College. “It’s not because we don’t want them. It’s because they have said they aren’t able to yet.”

Humber College and Dropbike partnered in September 2017 to provide students with the ability to commute in and around campus using Dropbikes. The Dropbike stations are known as Bike Havens according to the company website, and are found using an app to unlock and rent the bikes. There are 50 bikes located on each campus according to Humber’s website.

Flemming added, that she’d use it in “summer rather than winter as it is too cold.”

The College recognizes the need for efficient transportation around its campuses, however the numbers just aren’t there—physically.

The bike racks with the exception of students’ actual bikes that they own themselves, are vacant. Walker attributes this to many things, one including the fact that the Dropbike initiative has their bikes returned to them as the winter season begins. The five week college strike also affected the use of Dropbike services, adding insult to injury.

“The strike meant that there weren’t nearly as many people on campus and the bikes didn’t get used very much,” Walker says. “So they [Dropbike] arrived maybe for two months, the strike was there for about five weeks of those two months and then they took them away for winter.”

The last reason Walker says is due to the company’s restructuring which caused the College not to have the program in Spring. By the time the Spring season rolled around, the Sustainability Office had found the program had already begun consultation with the city.

“They’re reorganizing their company and trying to connect to the city of Toronto to have the bikes be able to be picked up one place and dropped off at another instead of the way they had it last year. You’d pick it up on our campus at Humber and you’d have to return there as well.”

Although the College has been wanting a program similar to Dropbike for a “number of years”, “Walker says “things didn’t line up perfectly.”

“We have just been wanting for a company that can help us. I think the alternative is that we buy a bunch of bikes and organize the whole thing ourselves which we’re a very small team so it’s hard to do.”

Walker “hopes the program will return in the Spring” as it is just one of the many things the College is implementing in its Sustainability plan, as well as its mission to reduce its Carbon footprint.

The plan highlights “…anything that can help people get around without driving single user vehicles” Walker adds, including “advocating TTC for more buses, putting carpool programs together, electric vehicle charging stations and a bike-sharing program”.

“One of the things we want to do even though it hasn’t been entirely perfect yet, we will continue and find one that works eventually. If it’s not Dropbike, it’ll be another company.”