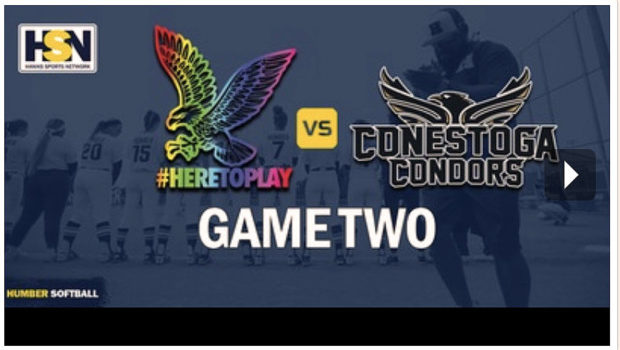 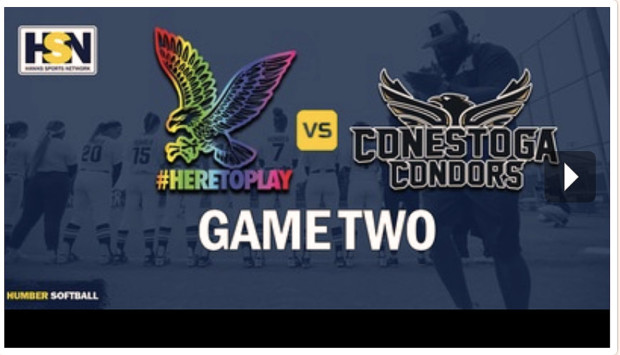 The Humber Women’s softball team stands proud with their pride.

Initiatives featuring the LGBTQ community such as Pride Night hosted by the Hawks Women’s softball team have highlighted the need for LGBTQ spaces within the College’s sports teams. At last month’s event, the softball team wore LGBTQ rainbow coloured uniforms and provided free t-shirts to the crowd, to raise awareness of inclusivity.

The College has promoted safe spaces for those in the LGBTQ community by encouraging students to visit the LGBTQ resource centres located on the various campuses. According to the College’s website , students can find support and “learn about the other LGBTQ+ identities.”

The LGBTQ resource centre in its quest to foster safe spaces, indicate their goal for students is for them to “advocate for LGBTQ inclusion in their communities.”

The softball team did just that.

According to softball Coach Duaine Bowles, the Pride Night event was launched to “let everyone know that we are a safe space.”

After defeating the Conestoga Condors, Hawks pitcher Bree Donaldson stepped off the field, passed the Here to Play hashtag outlined in the dirt behind the home plate, to speak about the importance of LGBTQ spaces and sports.

She said it was “definitely important” because “you never know who in terms of sexual orientation, who’s not straight or something like that. It obviously makes it important for everybody to make a safe environment, and make everyone feel welcome.”

This isn’t the first event to feature both the LGBTQ community and the Athletic Department and certainly won’t be the last.

Michael Kopinak, Associate Director of Athletics and Recreation says that “they’ve done a few events” including “Inclusion as a Revolution” in 2017 that focused on inclusivity among Humber students regardless of their identity.

Kopinak also highlights the banner that was put up at North campus two years ago “to exist forever in the gym to show the partnership and hopefully prove to people that we [Athletic Department] are trying our best to try to make it a safe place.”

He notes that while the department does reach out to the LGBTQ resource centers, that  “there’s certainly more that they could be doing.”

As for any future events, Kopinak says, “We will host one major event at least every year.”

“Beyond that we are always open to supporting the LGBTQ+ community or any community that wants to come and advertise to others that they’re here as a resource. We’re open…to advertise the various supports that are available on campus for various communities, whether that’s the indigenous community or all kinds of communities within the College.”