Tap off with the treasured Metropass and tap on with Presto

Daniela Ramirez Skedline.com  The Toronto Transit Commission will discontinue Metropasses after next month to fully transition to Presto by 2019. The legendary Toronto transit... 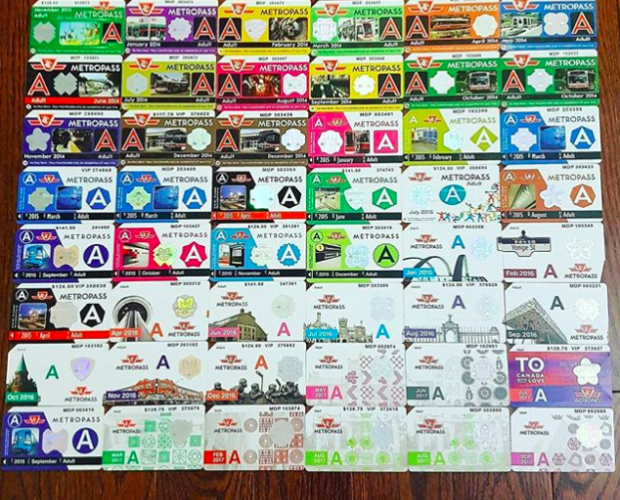 The Toronto Transit Commission will discontinue Metropasses after next month to fully transition to Presto by 2019.

The legendary Toronto transit card, that allowed customers to travel an unlimited amount of time for a monthly fixed rate, will no longer be available for sale after Dec.5.

According to a TTC news story, the first Metropass went on sale on April 7,1980 for $26 and was a paper card that required TTC photo ID to use. The pass quickly became a hit and sold over 690,000 passes between May and December of that year. Since that first pass was sold, more than 78 million Metropasses have sold and has become the TTC’s most popular method for nearly 40 years.

“People like the Metropass and it’s become an iconic emblem for the TTC…but customers are very excited for the new benefits that comes with a Presto card,” says TTC’s acting Manager of Customer Communications, Heather Brown.

TTC began it’s slow integration with Presto in 2016, and by December of 2016 at least one entrance in all subway stations was fully compatible with Presto.

The benefits Brown talks about include an unified payer system for all 11 transit agencies in the GTA, an “AutoRenew” and “AutoLoad” option, and the ability to retrieve funds if a card is lost.

The most attractive feature for customers is the transferable funds to a new card, says Brown.

After purchasing a Presto card, the customer should register the card on www.prestocard.ca to allow the funds to be transferable to a new card. This is an option that is not available for Metropasses and a main point of frustration for Metropass users.

For those customers that travel across various transit systems, the Presto card has two functioning “tabs” that allows for two separate funds to be loaded; one for a monthly pass for TTC, and the other for pay per ride use for other transit systems.

“The technology is constantly being updated…the TTC card reader will identify that it was a monthly pass loaded on the card…and the Brampton Transit card reader will remove the fare in the ‘e-purse’ from the second tab,” explains Brown.

Customers will now be able to move around GO Transit, Mi Way, Brampton Transit, TTC and all other GTA systems with one Presto card.

The only cost-efficient program that is currently in place for all other GTA systems like Brampton Transit or Mi Way of Mississauga, include a two-hour riding limit per fee paid. This allows customers to travel in any direction and on as many routes within that city for two hours, without being charged more than once.

“I come all the way from Brampton and I only use a Presto card…I just pay per ride and it’s just way too expensive for me to use Brampton Transit, the GO and then the TTC buses,” says Marcus Alliman, a first-year Police Foundations student at Humber Lakeshore.

Alliman says he would appreciate from a more financially beneficial program for those that use more than two transit systems and that this should have been worked out better before fully committing to Presto.

An aspect many customers are not aware of, is that you can customize your presto card to “Student” or “Senior” setting to prevent being charged the “adult” fee every time.

“All presto cards automatically deduct adult fares but that a can easily be updated on the website or at Shoppers Drug Mart when you buy the card,” says Brown.

Laura Givens, a second-year Child and Youth student at Humber Lakeshore, has concerns about the glitches Presto machines have experienced since being introduced.

“There is always some type of glitch or problem with the tap machines or the loading machines…If I’m trying to get somewhere I don’t have time to call customer service and I don’t want to pay with cash because that’s why I bought the card in the first place… I think getting rid of the Metropasses is just leaving more people to deal with these problems, “says Givens. 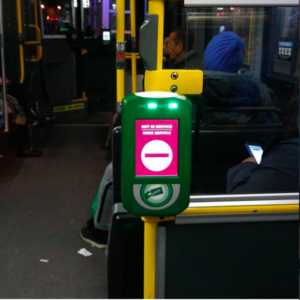 “Out of Service” Presto fare machine

“As of right now, we are sitting at a 98% availability across all Presto machines…with every technology, there is always room for change and upgrades, “says Brown.

“Even with 99% availability we will always be striving to upgrade, evolve and improve this technology to make it as hassle free for the customers as possible.”

Saying goodbye to a crucial part of Toronto’s transit system is not easy, but all efforts have been made to make the transition easy and efficient for all consumers.