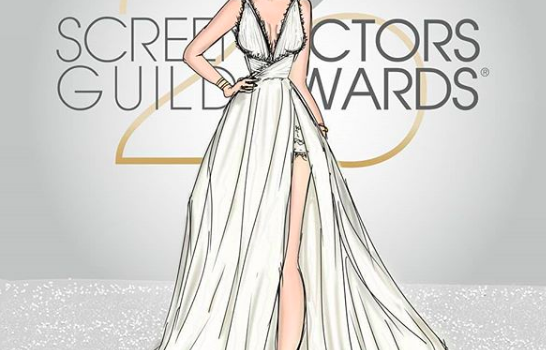 fashion8 Humber97 Outfit1 SAG Awards1
By: Katia Sist There were many different looks posing on the silver carpet at Screen Actors Guild Awards last night. Although the SAG Awards... 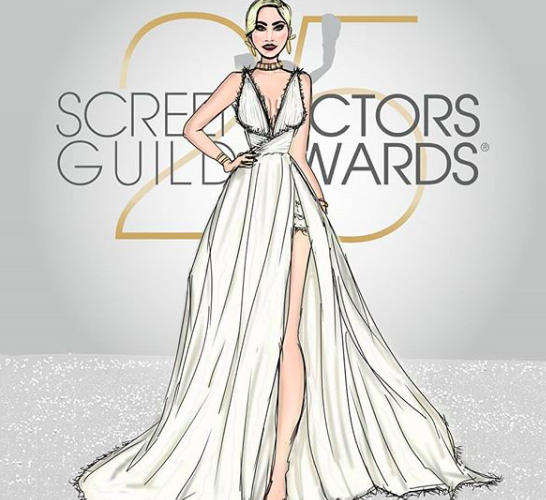 There were many different looks posing on the silver carpet at Screen Actors Guild Awards last night.

Although the SAG Awards is not nearly as formal as the Oscars, fashion is a huge part of the celebration. Many outfits had common trends of metallics, polka dots, and belts. There were a few fashion favourites while other looks missed the mark.

There seems to be a clear consensus that Gemma Chan’s outfit was a favourite of the night. Wearing a pink Oscar de la Renta gown, Chan was one of the best dressed of the night. “She looked impeccable! She is class personified, the dress was just dreamy. I love how her gown is sculptured with full on couture movements,” Couture designer Mark Belford says. 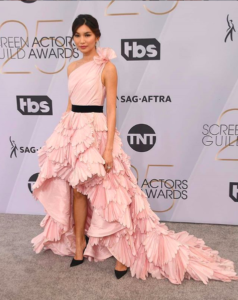 But another pink look, Emily Blunt’s Michael Kors dress was not as widely adored. While some described it as an architectural ruffle, Bachelor of Commerce- fashion management student Nathalie Côté says it looked more like part of the female anatomy. “There is a strange and awkward emphasis up top. The execution and the way the ruffle lays just doesn’t work,” she says. 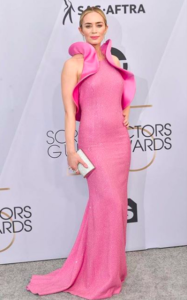 Lady Gaga looked like a true movie star as she walked the carpet in Dior. “It is insanely amazing on her, it fit really well and the slit was classic. This look was downplayed and simple for her, but she shined. It was very Marilyn Monroe-esque,” Côté says. 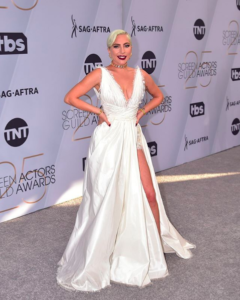 Tailoring on the red carpet can make an outfit shine above the rest or ruin the look. “Red carpet pros such as Amy Adams and Emily Blunt are examples of tailoring done right. Their gowns fit them, they aren’t skin tight, they are draped to perfection and hang exactly one inch before the floor. The drape in a couture fitting is everything,” according to Belford. 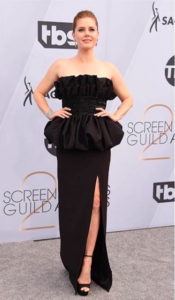 Robin Wright wore a plunging Oscar de la Renta gown. “Her dress looked like it didn’t fit. She usually has amazing fashion so that says a lot, that was a bit of a miss,”  Bachelor of Commerce- fashion management program coordinator, Bruce Sinclair says. 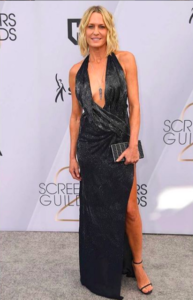 Many of the men, such as winner Rami Malek last night seemed to stay classic in Dior with a black tux, described by Belford as, “men’s best dressed”. 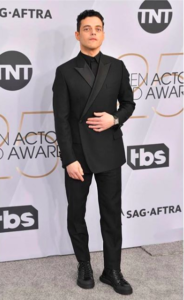 However Côté says it was nice to see metallic jackets contrasting with plain pants worn by men such as Henry Golding in Tom Ford. 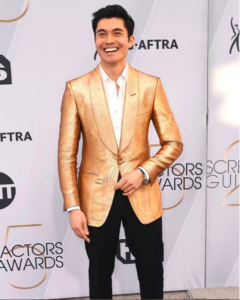 “I was underwhelmed by Timothée Chalamet. He had a boxy jacket and his pants scrunched, it was ill-fitting and could have been executed better,” Côté says. He wore Céline. 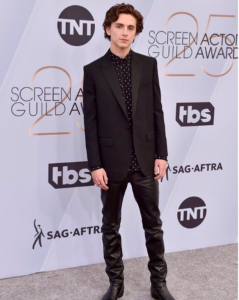 According to Sinclair, the SAG awards’ silver carpet was pretty safe, saying that nobody really stood out this year.

Many wore outfits keeping with current trends, but a couture designer cannot help but love a classic and chic Dior gown. “Rachel Brosnahan was timeless, understated and elegant. The Jackie Kennedy bows are amazing,” Belford says 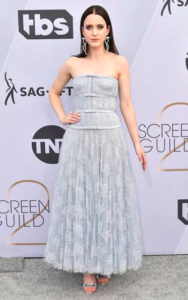 “These are all beautiful dresses made by very talented people, with teams of people, behind these people to make them look amazing and really for the most part, they do,” Sinclair says.