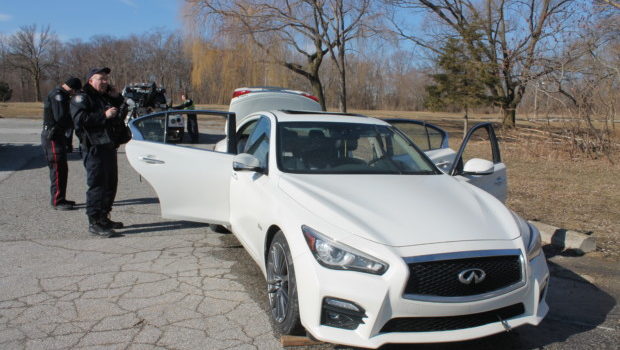 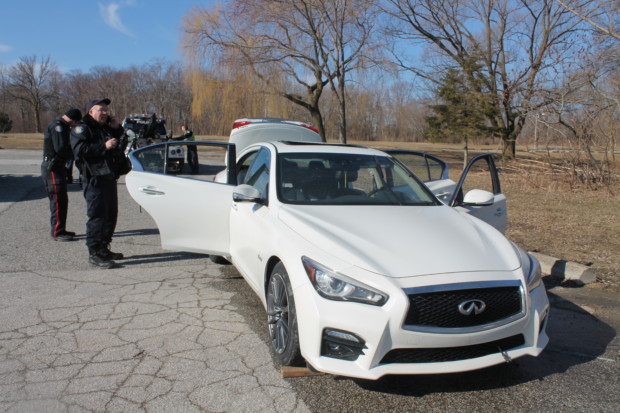 By Anastasia Coulson-Gagnon and Ryan Hanna

The Toronto Police are investigating a vehicle found partially submerged in Etobicoke Creek at Marie Curtis Park after they received a call around 1 a.m. Wednesday morning.

An investigation is still underway and Inspector Darren Alldrit said that there is “no foul play involved” because “it’s a stolen car.”

Firefighters and the police arrived to the scene early this morning, reports CBC. Police pulled the vehicle out of the water before 10:30 a.m.

No suspects are in custody yet and a motive has yet to be determined, with Alldrit detailing that  “whether they did it for fun and put it in the water, we’re not sure.”

Police officers at the scene were overheard attempting to contact Peel Regional Police, however a media spokesperson said they “haven’t heard anything at this time.” 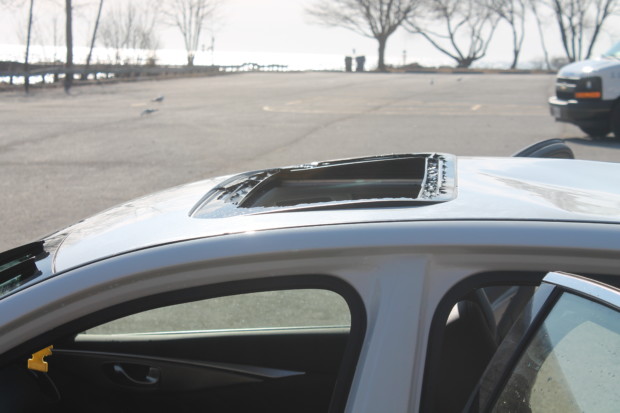