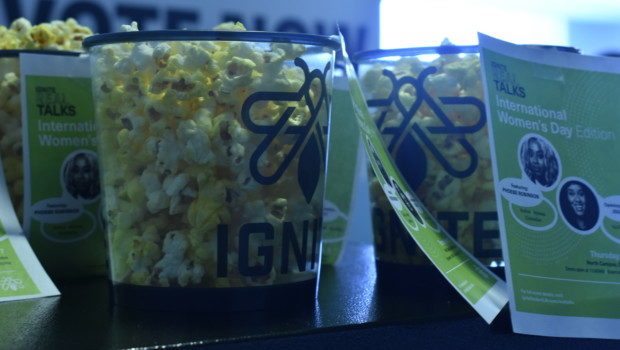 IGNITE VP race leaves something to be desired. BUT VOTE!

By Justin Field The smell of popcorn – free popcorn, on the 2nd floor of the Humber Lakeshore L Building is the smell of... 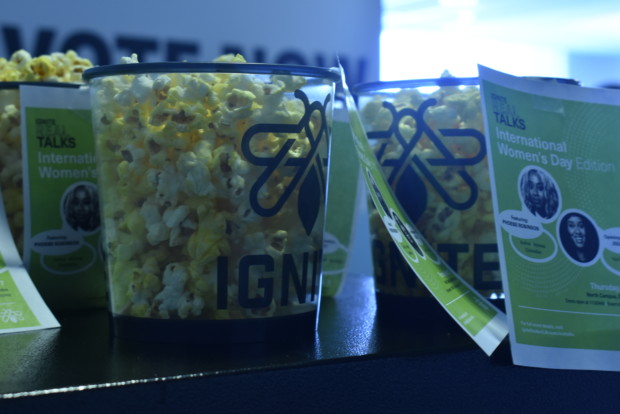 The smell of popcorn – free popcorn, on the 2nd floor of the Humber Lakeshore L Building is the smell of another election, just about the only enticing part of the whole process.

The IGNITE Elections are upon us once again, and with a voting deadline of March 1 by 4 p.m. students are running out of time to participate in the democratic process on campus in 2019.

A short election cycle, made even shorter due to a campus closure on Wednesday February 27, has left students with one less day to vote in the election. Students only had one week to vote to begin with, between February 25 and March 1.

The campaign period, which began on February 11, included the week of February 18 to the 22, Humber College’s reading week.

Another campus closure earlier in February forced an all candidates meeting to be rescheduled, and the Presidential Mix and mingle and candidates forum suffered from low turnout, although the weather that day was unremarkable.

This short and severed campaign period has not given students much time to get to know their candidates, specifically the vice presidential candidates Ostap Pavliuk and Ryan Stafford. 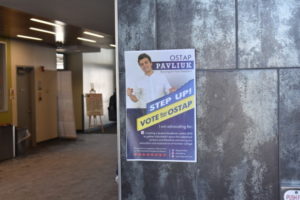 The vice presidential role is not a trivial position. The IGNITE vice president “is the key contact for students at their respective campus,” says IGNITE.

The job includes working with executive committees and advocating for student interests, answering student phone calls and emails, creating new ideas and doing research. It is also a paid position, at 18$/h with 4% vacation, 4$ higher than the provincial minimum wage.

Pavliuk and Stafford did not appear in any debate or show up at the candidate forum in mid February. 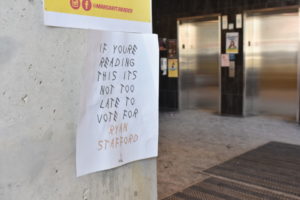 Based on the small blurb on IGNITE’s election page of their website, each candidate has three things they would like to advocate for, which stand in place of their platforms.

As reported by Skedline’s Fatima Baig, Pavliuk’s platform advocates for making student lives on campus more comfortable and enjoyable, helping to develop skills that students don’t learn in the classroom, which Pavliuk did not elaborate on, and improving students’ health and wellness.

These platforms may come across as similar, which might make it hard for students to decide who to vote for, especially with only the two candidates to choose from.

Pavliuk, a political newcomer, acknowledged that he has work to do if he wins the election.

“The idea for now is that I’ve never been in the vice president position before…I don’t know how I can influence campus life,” Pavliuk said.

Although he acknowledged that he may not have experience, he was quick to point out that he’s willing to listen to students.

“So far, when I was talking to students, I was pointed out some things that students want to see on campus …  like more parking,” Pavliuk said.

This sort of student outreach and communication is something Stafford believes needs some work. “The hardest thing is the communication right? That would be something to focus on. Trying to get information out to students because, yeah, we put up posters, and post social media stuff, but are people really looking at it?” Stafford said.

According to Humber’s 2017/2018 annual report, the college is home to over 30,000 full time students. Last year, 8,489 students voted, according to The University of Guelph-Humber’s paper, the Avro Post, the largest voter turnout IGNITE has ever seen.

Stafford added that he wanted to focus on both communication and mental health, bringing awareness to student issues, and how to address and improve them.

“I’m focusing on mental health and wellness, so trying to bring Humber the resources to deal with that,” he said. He’s looking for “a way to relieve stress…many people have said they would enjoy puppy yoga.”

The vice presidential candidates only garnered about 1,600 student votes in 2018 at Lakeshore Campus, whose population as of 2017 was 11,700.

Regardless of platforms, it is clear that more student engagement needs to take place during IGNITE elections, and since the popcorn doesn’t seem to be working, maybe puppy yoga will.