Elizabeth Warren is fighting for a better future

Elizabeth Warren is prepared to fight back against corruption. The Senator from Massachusetts hosted a rally at the Nashua Community College on Wednesday in... 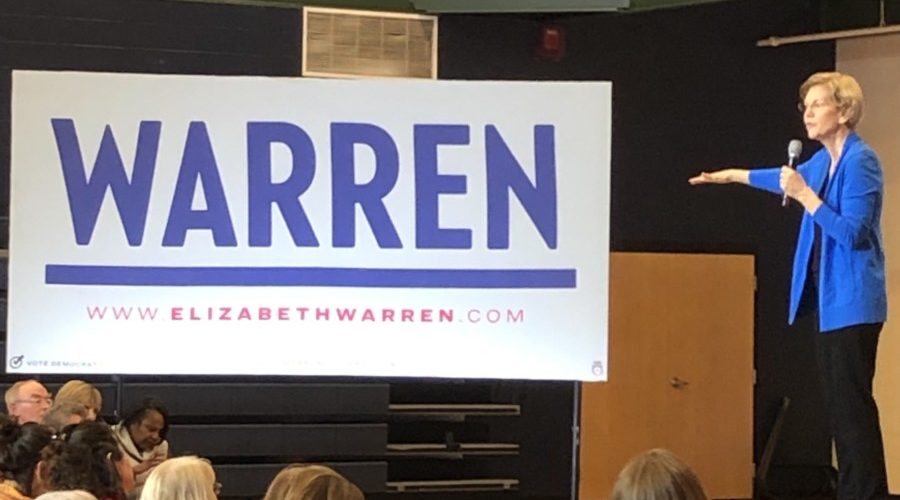 Elizabeth Warren is prepared to fight back against corruption.

The Senator from Massachusetts hosted a rally at the Nashua Community College on Wednesday in preparation for the New Hampshire primaries.

Education is the most important aspect to Warren as a former educator.

She is hoping that her platform will convince voters that serious changes can be made in Washington.

“We want to build an America that works for everyone. We will free up 43 million students from student loan debt.”

Warren wants education to be accessible to all, and knows where to start to make that happen.

“A 2 cent wealth tax for those who make over $50 million annually would be completely transformative. We could put $80 billion into child education if we do that.”

She added that her Secretary of Education will be someone who has actually taught in public schools, and believes in public education.

Warren was critical of the Senate in her speech, specifically calling them out for choosing President Donald Trump over the Constitution.

She pointed out that Washington is heavily influenced by money.

“We have a government that works for large pharmaceutical companies, not the people who need prescriptions. Washington isn’t working for you, it’s working for the drug insurance companies. It is corruption. Corruption undercuts the entire Democratic process.

Warren wants the top 1% of wealthy Americans to pay taxes, including large corporations like Amazon and it’s CEO Jeff Bezos.

She believes changes like this can lead to a far less expensive future for the middle and working classes.

“We have a housing crisis in this country. Safe, affordable housing should be a right. We can create 3 million housing units: housing for the poor and homeless, housing for people returning from prison. We need housing for all.”

Warren ended her rally in Nashua by saying that 2016 can not be repeated, and Donald Trump has to be defeated.

“Big, structural change is hard, but it’s something worth fighting for. Are we going to fight back? I’m fighting back. Fighting back is an act of patriotism.”