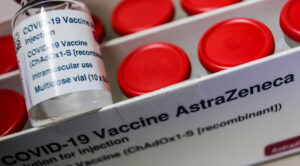 (Reuters) – Spain, France, Germany, Italy, Denmark, Norway, Portugal and some other European countries have refused to vaccinate citizens with the AstraZeneca vaccine, fearing the possible severe side-effects associated with the blood clots formation.

World Health Organization (WHO) director-general Tedros Adhanom Ghebreyesus said on Monday there is no evidence that this vaccine causes the incidents.

The top WHO scientist reemphasized on Monday that there have been no documented deaths linked directly to COVID-19 vaccines. Therefore, there is no need to stop the vaccination from the disease, which has caused more than 2.7 million deaths worldwide. 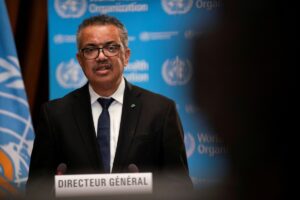 The European Union’s European Medicine Agency(EMA) medicines regulator said it would meet tomorrow, on Thursday, March 18, to re-examine the situation and assess the information gathered into whether the AstraZeneca shot contributed to thromboembolic events (blood clots) in those inoculated.

As for now, EMA reaffirmed its belief that the benefits of the drug outweigh the risks.

On a virtual media briefing, Soumya Swaminathan said that they do not want people to panic, adding that there has not been any direct connection between the thromboembolic events and the AstraZeneca vaccine itself.

“I think that while we need continue to be very closely monitoring this; we do not want people to panic. And we would, for the time being, recommend that countries continue vaccinating with AstraZeneca. Still, we will have more updates tomorrow or at any time when there is a change in this recommendation, ” Swaminathan said.

The actions taken by Europe’s largest and most populated countries are increasing concerns about the slow rollout of vaccines in areas suffering from vaccine shortages due to problems with its production, including AstraZeneca.