Facebook founder Mark Zuckerberg says Facebook’s rebrand to Meta represents the future of the internet and a shift within the company. 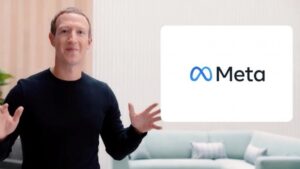 Meta derives from the term “metaverse” which is defined as a 3D digital world that can be easily accessed through the internet. Famous online gaming sites such as World of Warcraft, Niantic’s Pokémon Go and Fortnite can be describe as part of the metaverse.

In an interview with Skedline, Shahd ElAshri, an analyst at the International Data Corporation Canada (IDC) covering consumer program explained how META is slowly working towards building a metaverse into the everyday internet world.

“They’ve already moved towards the VR universe with the current glasses they have. They’re already working towards obtaining the information and basically in 10 years you might be going to school on your couch. The idea is spending your day going to school or going to someone’s house as an avatar,” ElAshri said.

ElAshri says this is a pivotal moment for Meta. Making the first move in building the VR internet gives the company a major advantage in the tech world. 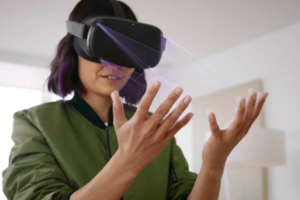 VR internet comes with concerns about security and privacy. Meta has dealt with privacy issues in the past and ElAshri believes it’s something the company must improve.

“With the VR there has to be a great deal of trust because Facebook is going to know everything that is going on in your life. They’re going to know what you eat and even the conversations you have. That’s where the investment in ESG and consumer trust has to come and before gaining the one billion people to use within 10 years, there needs to be trust,” ElAshri said.

IDC estimates there will be one million VR glasses shipped into Canada from 2021 to 2025. ElAshri said Meta’s VR push could attract younger users which have been on the decline in the last decade.

The data Meta is gathering within the coming decade is expected to lead to strategies to attract younger generations back to the company’s platform. Zuckerberg has said the Meta rebranding is designed to appeal to younger adults ages 18 to 29.