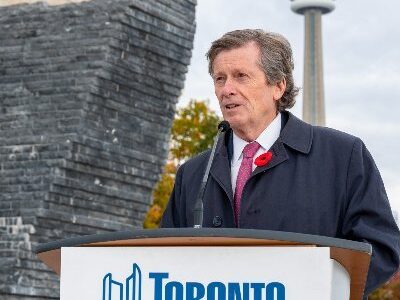 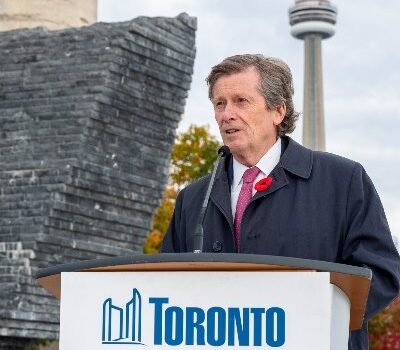 TORONTO – Over the past two years, Toronto’s economy has just barely endured the standing COVID-19 pandemic. According to a 2020 Destination Toronto study, after one year of the pandemic, the city lost upwards of $8.35 billion in Toronto’s visitor economy.

With only a few months to go, candidates should expect to answer questions concerning how they plan on managing the city’s economy during and post-pandemic. But will that be front and centre, or handling of the pandemic crisis?

“I think the most important thing that candidates — and people campaigning for them — who will be there to talk about their record, is to be really clear about what their role was in the big picture, because it’s such a complicated response,” says City Councillor of Etobicoke Centre, Stephen Holyday.

The pandemic forced council members to swiftly shift their focus towards an effective pandemic response through the redistribution of tax-based funds and enacting mask mandates. However, that’s where the scope of Toronto’s city council control on the matter stops.

Both Councillor Holyday and Canadian political author and journalist, John Lorinc noted that there’s a key factor that could change the tone of the municipal election: the potential for a mayoral shift.

“When [Toronto Mayor John Tory] chooses to reveal his future plans, I think that will set a very large tone with respect to how the election will unfold,” says Holyday. Lorinc agrees: “in elections, where there’s no incumbent, [they] are very exciting, and they’re very contested,” he says.

According to Lorinc’s observations, Mayor Tory [who will be 68, by election day] spent the early part of his career saying that, “it was [only] going to be two terms, and [that over time] he kind of started backing away from that [message].

“He’s basically said that he wants a third term, [just to] see through some of the stuff that he [had] started” says Lorinc. Mayor Tory still hasn’t officially announced whether or not he’ll run for a third term.

Councillor Holyday expressed that he has been a part of numerous conversations with concerned citizens over issues beyond the scope of Toronto city council – but that council members should be cognizant of these issues and shouldn’t shy away from addressing them when they come up.

“Speaking to [Torontonians and] understanding concerns, understanding questions, but also being clear about the big matrix of how government responded to the pandemic [and] having credibility to represent and recognize something that is not necessarily [a] decision of the municipal government, doesn’t mean that anyone should ever be shy about raising an issue,” said Holyday.

What will matter the most during this upcoming municipal election is not only how each candidate represents their ward but how they plan to address key issues within their ward. Council members can only work within the scope of the city and of the ward they serve. As a result, a lot of what city councillors do is field calls from concerned citizens regarding small, ward-based issues.

“Municipal elections tend not [to cover] very substantive issues,” says Canadian political author and journalist, John Lorinc. He continues by saying that the theme of the election – whether it be covering substantive issues, or covering pandemic-related issues, will hinge largely on the status of the pandemic within the city of Toronto.

“I’ve covered quite a few municipal elections, and they’re [usually] quite predictable in many ways. But not this time,” said Lorinc.

With the pandemic’s stronghold on the city of Toronto constantly changing, and John Tory’s decision to run for a third term still unknown, expect a predictably unpredictable municipal election this October.

Jeremy Honess is a student journalist currently enrolled in the Bachelor of Journalism degree program at Humber College. Currently, he is interested in covering political issues at the municipal level. In addition to his vested interest in municipal politics, Jeremy is also interested in the automotive industry and keeps tabs on the latest automotive trends.