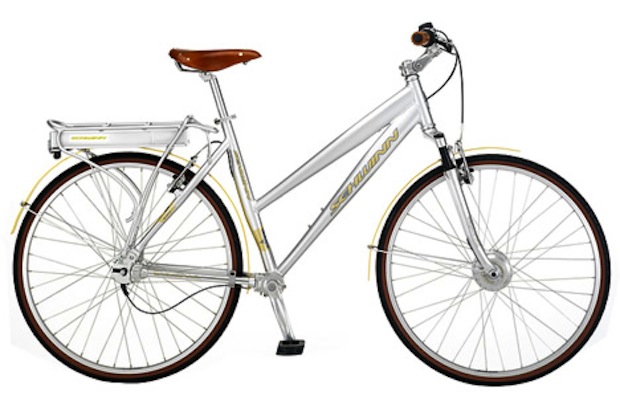 E-bikes are a blight on the streets of Ontario cities. They pose a hazard to their users, pedestrians, motorists and every other person on...

E-bikes are a blight on the streets of Ontario cities. They pose a hazard to their users, pedestrians, motorists and every other person on the road because the Ontario government does not differentiate between electric bicycles and the electric scooters (E-bikes) that are commonly seen on city streets.

At Humber College on Tuesday, former Mayor David Miller said “there is an issue regarding E-bikes and the highway traffic act.”  The act requires that all riders and passengers be at least 16 years old and wear a bicycle helmet yet E-bike users can frequently be seen around Toronto flagrantly disobeying these rules.

Because the law doesn’t differentiate between these two types of electric bikes, they are both banned from bicycle lanes. A coworker of mine commutes from our Queen and Spadina office to Lawrence Park. Because of the large hill (ON ROUTE – BE MORE SPECIFIC) he uses an electric bicycle to assist him on the climbs. He uses the bike lanes as he is basically on a bicycle. He should have every right to as he is only as wide as a bicycle.

E-bikes are so wide they are rightly banned from bike lanes. But because they are restricted to 32 km/h they are a hazard to motorists. These slow moving vehicles are obstacles motorists have to swerve around. With two passengers these scooters can easily be overloaded. They are further slowed by batteries that lose their storage capacity and hence power over time  This means they cannot reach anywhere close to the speed of traffic, which is at least 40 km/h on hills.  The government needs to remove the speed limiters from the E-bikes so they can keep up with traffic. They also need to force people to register their E-bikes and have them tested annually to ensure they can keep up with traffic.

This would make E-bikes what they are supposed to be, an eco-friendly option for urban commuters. They would travel at the speed of traffic, in the correct lanes. At the same time electric bicycles should be lumped into the same legal category as bicycles.