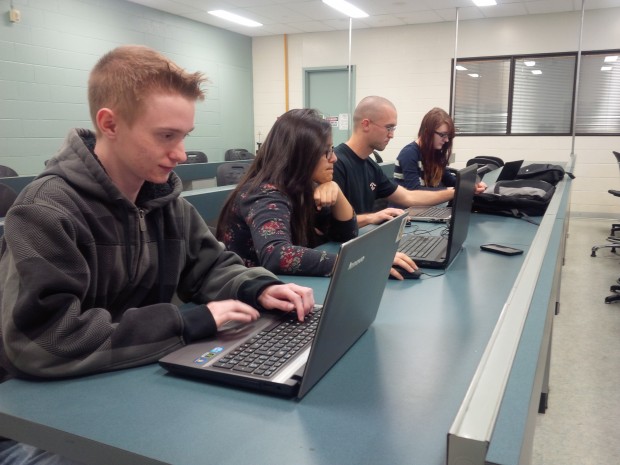 Game programming students at Humber who petitioned the school with concerns about their faculty last fall now say that they're seeing improvements in their...

Game programming students at Humber who petitioned the school with concerns about their faculty last fall now say that they’re seeing improvements in their classes.

The students had prepared and signed a petition mid-November of 2013, which listed concerns about instructor absenteeism and unreturned assignments. In the petition, the students had named more than half of their professors.

Deanna Sowa, 19, who signed the petition said the school seems to have listened to their concerns.

“This semester so far has been going good. I have no complaints. I am satisfied we did have a meeting and we were able to talk about our issues,” said Sowa.

The students were asked to review the curriculum in the courses they were having issues with, so that they can be compensated for materials they might have missed.

Josh O’Donell, 24, is one of the game programming students who helped put the petition together. He said he is looking to see what actions will be taken now that they met with all the parties involved.

“I think there was a lot of stuff that had to be tackled and a lot will be involved in that process, ” said O’Donell. “We can only wait and see what the outcome might be.”

O’Donell added that their intention was to not hamper the livelihood of the professors but to make them accountable for high standard of education.

Last fall, Robeson said it was not the first time there were complaints about the program but they would continue to look into each complaint as it arose.