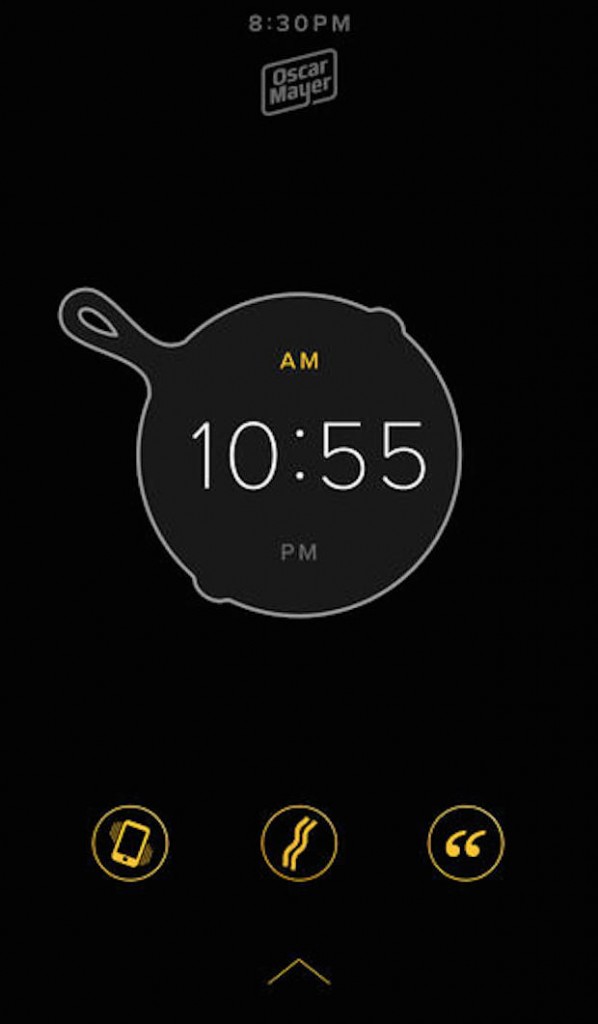 But no Canadian bacon, eh

Ummmm - the smell of bacon is loved by many. And the Oscar Mayer Institute for the Advancement of Bacon is using that love to...

Ummmm – the smell of bacon is loved by many.

And the Oscar Mayer Institute for the Advancement of Bacon is using that love to launch an unique campaign that offers a bacon-scented alarm as a prize to winners of a random draw.

Those lucky winners will be able to plug a scent-diffuser into their iPhones and team it with a special Bacon alarm app.

When the alarm goes off,  a waft of bacon aroma is released from the phone.Users are promised by an advertisement that “The essence of Oscar Mayer bacon will strum at your nostril strings like no other.”

Skedline.com spoke to people in the  Yonge and Eglinton area about the lure of the bacon alarm how interested they would be in the device.

“That sounds pretty good, I am a vegetarian but I do really like the smell of bacon. I always have some fake-on in my house. I don’t have an iPhone though so I am not sure if I could use it,” says Craig Telton, 29.

“Okay I want one. There actually was a bit on The Office where Michael would wake up early every day, start cooking bacon, then go back to sleep so he could wake up to the smell of bacon. Then he stepped on the grill he was using to cook it. This seems much safer and more practical,” says Lacey Abell, 26.

“I wonder how realistic the bacon smell is? How do they make it? I would kind of worry about my cat trying to eat it,” says David Krensell, 38.

And another consideration is the contest is not open to Canadians.

Abell says ” well it sucks that I won’t be able to get one!”

Her sentiments were echoed by Telton who says “I would have likely entered, the contest but it isn’t a huge deal. One more thing I don’t really need.”

While those surveyed provided a rather positive response it seems there may be some issues to be worked out.