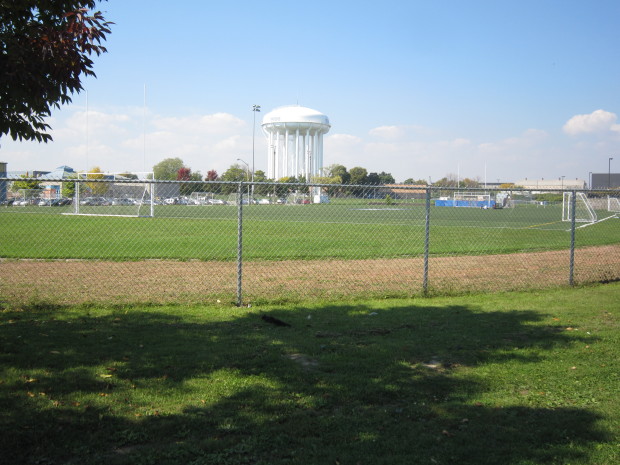 Students and community members around Lakeshore Collegiate Institute are reaping the rewards of an artificial turf field and dome. Lakeshore C.I.’s facility on Kipling...

Students and community members around Lakeshore Collegiate Institute are reaping the rewards of an artificial turf field and dome.

Lakeshore C.I.’s facility on Kipling and Birmingham in Etobicoke was completed in the spring of 2012. The combined project was supported by the Toronto District School Board, Nustadia Recreation Inc, Maple Leaf Sports and Entertainment, and the city of Toronto. It was the first of six schools in the TDSB’s Championship Field plan to receive its state-of-the-art playing surface.

The ball got rolling in 2009, after the TDSB approved a donation from MLSE, who financed the school’s current FIFA-grade artificial turf field. Along with this, the board sanctioned a land-swap contract with the city and also agreed to a deal with a private turnkey developer.

“We were the third-party proponent that basically developed, financed and now operates, the field,” says Nustadia’s vice-president of projects, Gavin White. “Our investment was in the range of just over $2 million.”

Although the project started smoothly, community opposition from 22nd Street and field functionality problems threatened to derail the entire prospect.

“There were still problems with some aspects of the agreement,” says TDSB Ward 3 school trustee, Pamela Gough. “Nustadia ran into some problems with the city in getting the permits to build because they had to actual spend quite a bit of money they had not predicted to put the proper kind of drainage under the field.”

Other main concerns with the undertaking of this plan were related to field parking, and the dome height that would interfere with sightlines and restrict residents’ view.

“With any large-scale project there are going to be challenges with the negotiation and development stages,” says White.

A crucial component to the field that benefits all parties is the focus on free local access for people that live in the area.

“Councillor Grimes got approval from BMO field on behalf of the city,” says Mark Grimes’ campaign office member, Shelia Paxton. “He got cement donated in order to help the collegiate build the indoor soccer field.”

Much like Central Technical School’s current state of affairs for their artificial turf field and dome, Lakeshore C.I. went through a similar process, but there are some clear disparities between the two sites.

In the current agreement, Lakeshore C.I. has access to the field from 7 to 12 p.m. and 1 to 5 p.m. on all school days, and occasionally from 5 to 6 p.m. for special events that are determined by Nustadia. After these times, Nustadia holds the permitting rights from 6 to 11 p.m. on weeknights and all day on weekends.

This two-year development process that landed Lakeshore C.I. their own professional quality sports hub is one successful example of how private-public partnerships can flourish to benefit not only a school, but also the surrounding community.