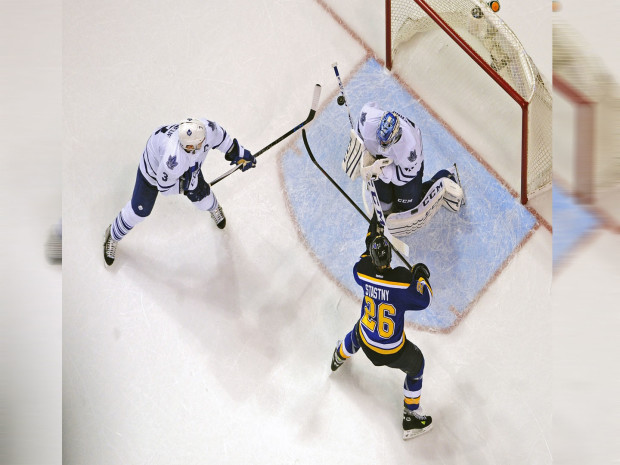 The Toronto Maple Leafs visited the Scottrade Centre to face the St. Louis Blues on Saturday, in a game that saw the entire Leafs roster under heavy scrutiny for the struggling offensive production since the firing of head coach Randy Carlyle.

The lone goal-scorer during the recent slump is defenseman Roman Polak, who returned to St. Louis for the first time since being acquired by the Maple Leafs in the off-season.

St. Louis goaltender Brian Elliott stopped all 27 shots he faced and left winger Alexander Steen scored one goal and assisted on another to lead the St Louis Blues to victory over the Toronto Maple Leafs.

The loss was the fourth in a row for the Maple Leafs, who were shut out for the third time on a four-game trip.
Defenseman Kevin Shattenkirk and T.J. Oshie added goals for St Louis (28-13-4).